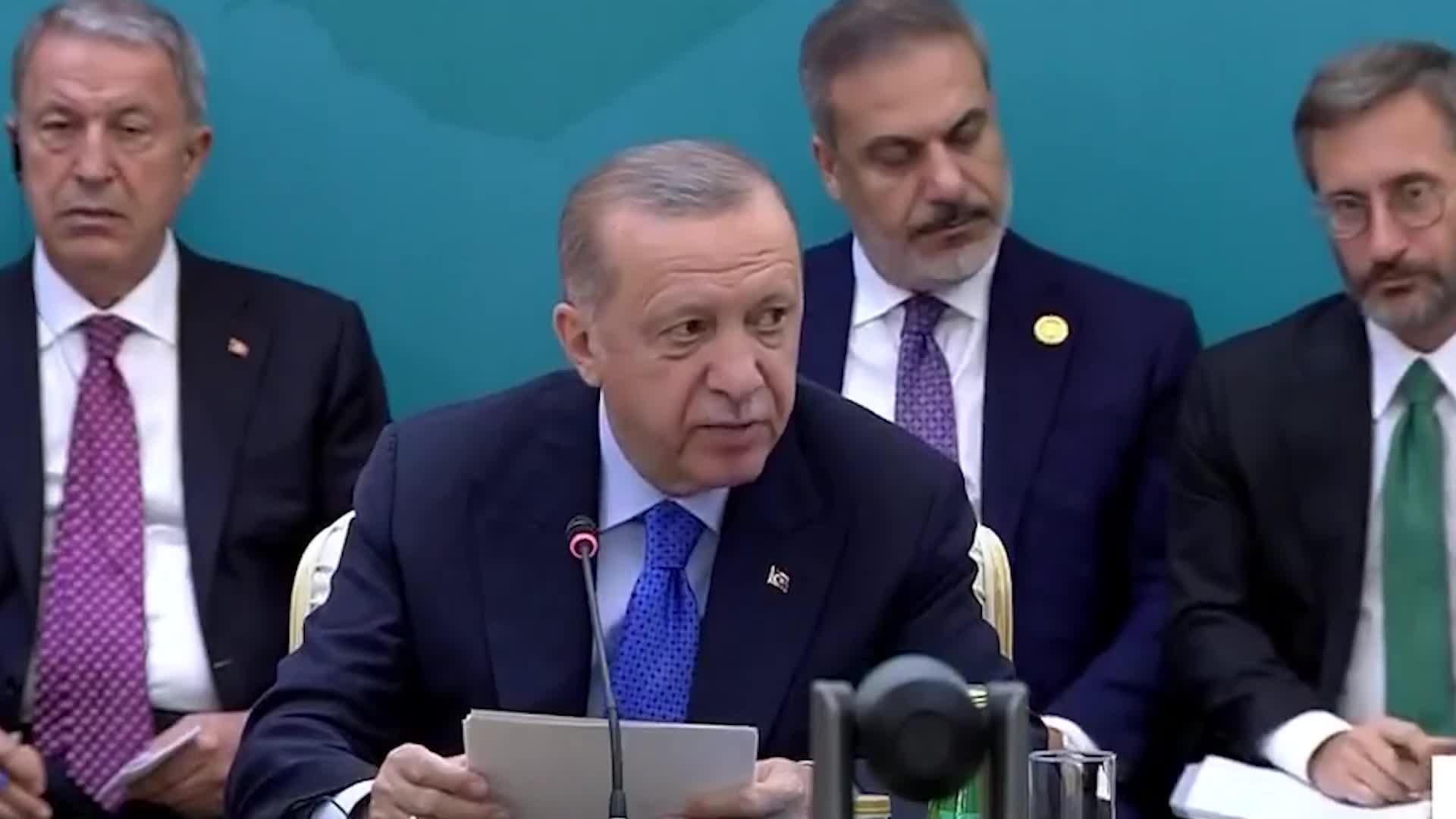 Turkey’s President Recep Tayyip Erdogan hoped that the Syrian political crisis will be resolved through a political process, stressing the continued cooperation of the countries that are the guarantors of the Astana process.

“In the future of our region, there is no place for separatism and the presence of terrorist groups, and we hope that the Syrian political crisis will be resolved through a political process,” Erdogan said on Tuesday at the 7th Summit of the Guarantor States of the Astana Process held in Tehran.

He added “In the future of our region, there is no place for separatism and the presence of terrorist branches, and we hope that the political crisis in Syria will be resolved through a political process.”

Erdogan went on to say “As the guarantor states of the Astana Process, we must develop cooperation and reach our main goals by continuing our cooperation.”

“The most important thing that threatens the security of Syria is terrorism, and the fight against YPG, PKK, and other terrorist groups should continue as they continue their separatist activities in Iraq as well,” he stated.

“Turkey has tried to clear the southern parts of its territory from terrorists, which has also helped the security of Syria,” Erdogan underlined.

“Turkey continues to fight against terrorists whose hands were stained with people’s blood, and we hope that the Syrian crisis will be resolved easily and that we can consult with each other in this regard.”

He continued “Meeting the humanitarian needs of Syria must continue,” he pointed out. “This is the concern of all of us, and Syrian immigrants must return to their countries with dignity and security.”

“I hope that the decisions taken today will help to solve the Syrian crisis and the success of the Astana Process.”

The Turkish president stated “Terrorist groups in the region are trying to invade Syrian territory by getting foreign support. PKK and YPG should go at least 30 kilometers away from our borders and we have reached an agreement in this regard. We have to clean up these parts that have become nests of terror, and we ask our friends in the Astana Process and expect them to support our activities.”

He added “We must revive the Astana process, we must show the public opinion of the world that the negotiations of the Constitutional Committee are going well. The Syrian government must participate in the negotiations.”

Referring to the existence of some concerns regarding Idlib, Erdogan said “We understand these concerns and we are taking all necessary measures in this regard. In these areas, Turkey hosts 3,700,000 Syrian brothers and sisters. The Syrian crisis has put Turkey in economic trouble and placed a heavy burden on Turkey. Therefore, necessary arrangements should be made for Syrians to return to their country.”

He concluded “If security is established in Syria, these migrants can return to their country with peace of mind.”