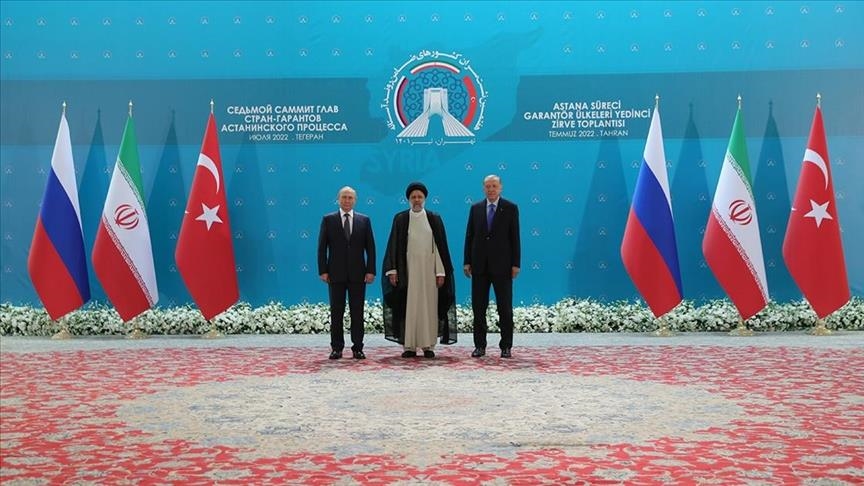 Despite the differences in their positions of the Euphrates eastern bank, Russia, Iran and Turkey share the opinion that the United States must leave this region, Russian President Vladimir Putin said after the Astana Troika summit in Tehran on Tuesday.

“We have certain differences concerning what is happening on the Euphrates eastern bank. But we have a shared position that American troops must leave this territory,” he said. “They must stop robbing the Syrian state, Syrian people, illegal export oil from there.”

According to Putin, the three countries have different views on how to stabilize the situation in this region. “We believe that in order to reach lasting stabilization this territory should be transferred under the control of Damascus’ official authorities, the Syrian army,” he noted.

“I have said it more than once that thanks to the efforts of the Trio (Russia, Turkey, Iran), the search for compromises more than 90% of Syria’s territory is now controlled by the official authorities, the international terrorism has been uprooted after all. It is a great result of joint efforts,” he added.