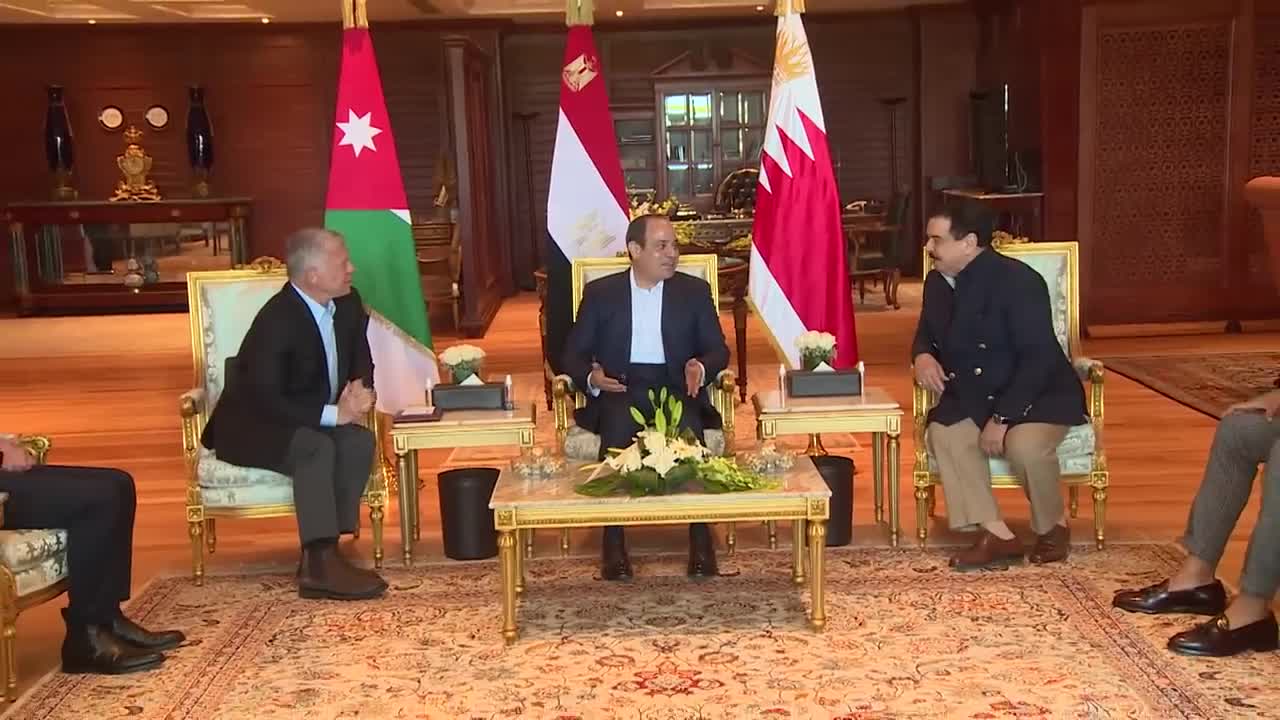 The leaders of Egypt, Bahrain, and Jordan stressed in a summit held in Sharm El-Sheikh on Sunday the importance of strengthening ties between the three nations to “the highest levels” especially amid the international and regional challenges.

The talks touched upon the tracks of cooperation between Egypt, Bahrain, and Jordan, in addition to ways of achieving common goals and interests, Presidential Spokesman Bassam Rady said in a statement following the meeting.

El-Sisi said Egypt aspires to further cooperation with Bahrain and Jordan to achieve the common interests of the peoples of the three nations as well as boost joint Arab action, particularly amid great challenges of multiple regional and international developments.

The Bahraini and Jordanian kings praised “the inextricable” ties binding the three countries, stressing their keenness to elevate cooperation with Egypt to the level of strategic partnership.

Furthermore, the kings added that they seek maximizing benefits of opportunities and potentials of cooperation relations with Egypt, Rady’s statement added.

King Hamad and King Abdullah also said that relations between the three countries “represent a cornerstone for maintaining regional security and stability as well as restoring balance to the region, in light of the pivotal importance of Egypt, Bahrain, and Jordan regionally and internationally.”

The talks also touched upon the mutual coordination regarding issues of common concerns, in addition to the latest developments on regional and international fronts and challenges facing the region.