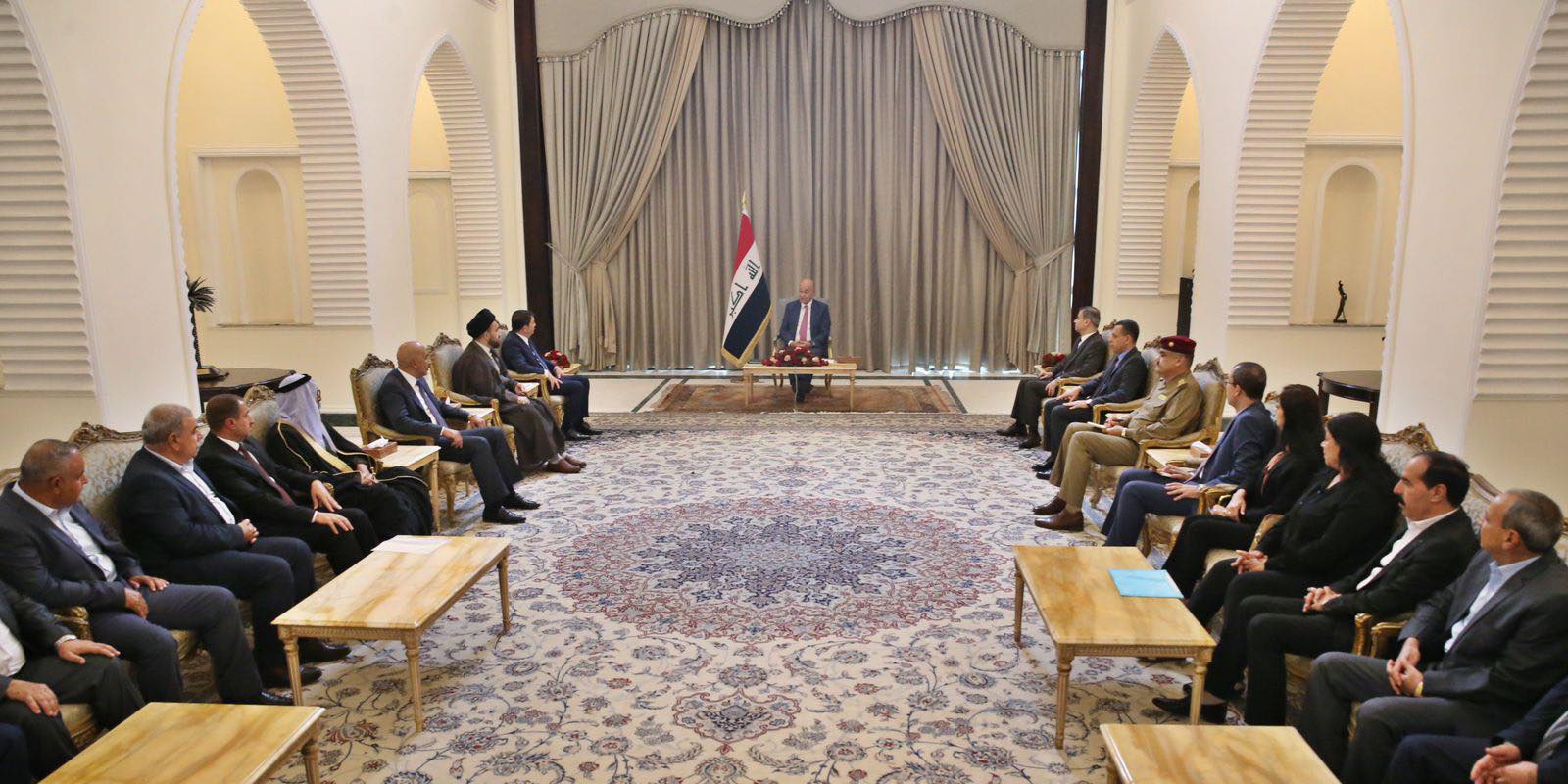 During the meeting which was also attended by the Head of the Iraqi National Security Agency, Hamid al-Shatri, security and human rights situations as well as the overall service conditions in Sinjar were discussed.

Salih said that Sinjar has suffered from violence and terrorism, stressing the need to put an end to the suffering of civilian population of Sinjar.

He also stressed the need to allow the displaced people to return home, noting that this should be done in a way that ensures a life of dignity and freedom.

The President further affirmed that security tensions threatening the Yazidi population and jeopardizing security and stability in the city are unacceptable.

“Therefore, tension should be calmed there through having further coordination between the Federal government and the KRG and to find solutions for this matter,” he said.

Political and administrative obstructions crippling redressing Yazidi people must be overcome, Salih said, adding that Sinjar has be rebuilt and its administrations should be organized according to the Iraqi constitution and the will of Sinjar’s people.

He underlined that any action that may turn the city into an arena for political conflicts must be rejected..

Members of the visiting delegation appreciated Salih for his efforts made to support the Yazidi people, build peace, security, and stability in Sinjar, and to defend victims’ rights and redress their families.