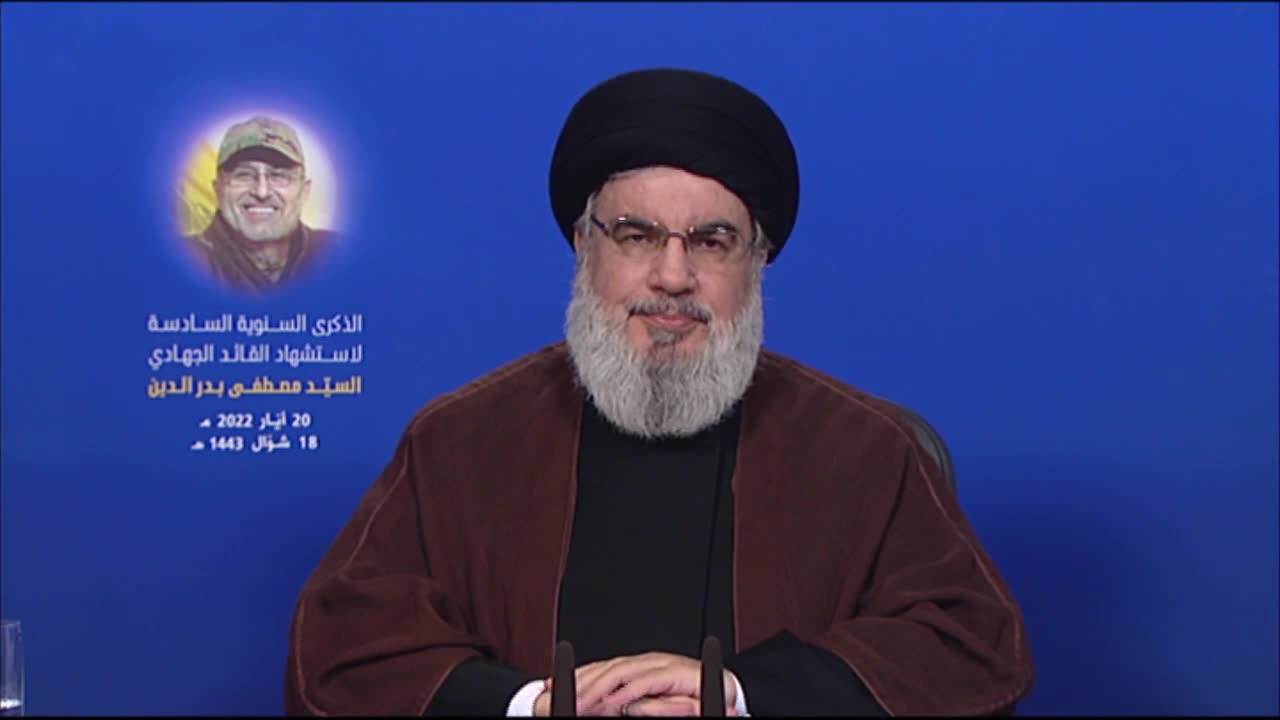 Hezbollah Secretary General Sayed Hasan Nasrallah urged the Lebanese authorities to start extracting the maritime gas resources, adding that the only hope to overcome the economic crisis is selling the Lebanese gas amid the prices hike.

Sayed Nasrallah called on all the parties to cooperate in order to cope with the socioeconomic crisis, underlining the prices hike and scarcity of commodities locally and internationally due to the Ukrainian war.

He cited David Schenker, former United States Assistant Secretary of State for Near Eastern Affairs, who described the pro_US groups and figures in Lebanon as egoistic and narcissistic.

Sayed Nasrallah also quoted economic experts as saying that 64 countries in the world will collapse in 2022, adding some of those countries are Arab and have normalized ties with ‘Israel’.

The secretary General noted that Lebanon is on the collapse list, urging parliamentary blocs to prioritize coping with the socioeconomic crisis, away from any other issues, including the resistance weaponry.

Hezbollah leader also called for re-bridging ties with Syria, away from any narcissistic attitude, adding that Lebanon needs this step more than Syria.