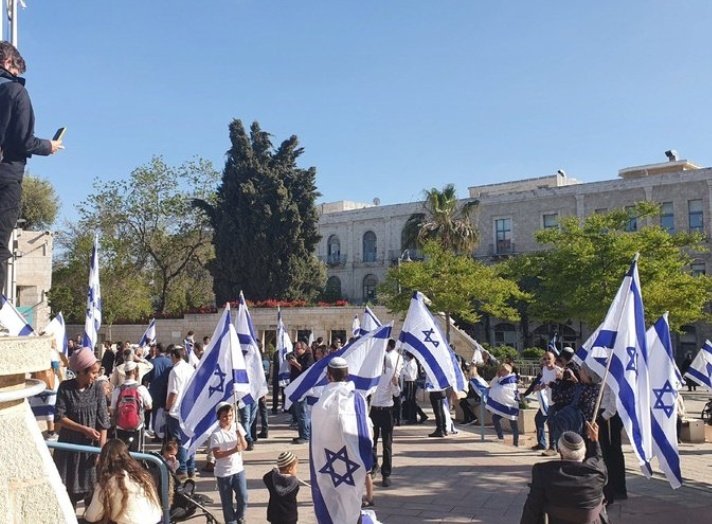 Jewish settlers held a provocative flag-waving march in occupied Jerusalem, including members of the Likud.

Israeli police blocked the road between Bab Al-Jadid and Bab Al-Amoud in occupied Jerusalem with the start of the settlers’ march,to prevent almost a thousand settler from reaching Al-Aqsa Mosque.

Police set up large roadblocks outside the Old City walls, closing the main road leading down to Bab Al-Amoud.

“At this stage, the police are not approving the protest march under the requested layout,” the Israeli police said in a statement, without elaborating. Israeli police has asked the settlers to return to their homes.

Clashes erupted between Israeli police and settlers marching as they attempted to break through the barriers towards Bab al-Amoud.