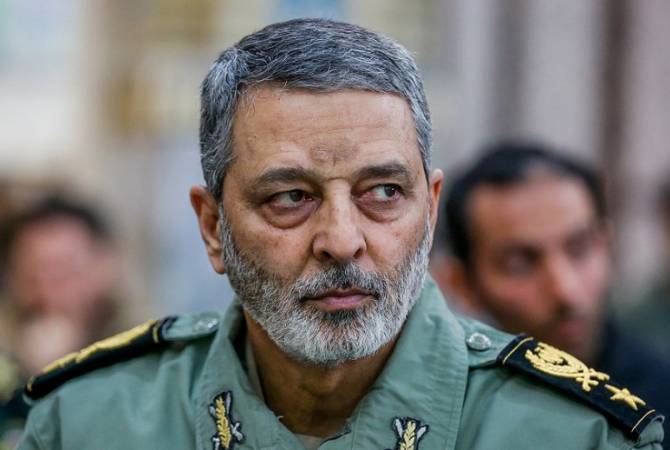 Iran’s Army Commander Major General Abdolrahim Mousavi warned the enemies that any threat against the Islamic Republic or its boundaries would face a drastic response from the military forces.

After unveiling a number of renovated and modified military equipment in Tehran on Wednesday, Major General Mousavi assured the Iranian people that the Army and other armed forces are standing invincibly to achieve the Islamic Revolution’s goals.

The Army would strongly combat any threat against the Islamic Republic of Iran, its boundaries, or the tranquility of the nation, the commander said.

He also warned that the Iranian Army will show the necessary response to the threats and won’t allow the enemies to relax.

The general also hailed an upgrade in the mobility of the Army Ground Force, saying such advances have been made with reliance on the young Iranian scientists and the domestic military factories.

Earlier in April, Chief of Staff of the Iranian Armed Forces Major General Mohammad Hossein Baqeri said all Iranian military forces are ready to give a decisive and crushing response to any threat at any level in such a way that the enemies of Iran would regret taking hostile action against the Islamic establishment.