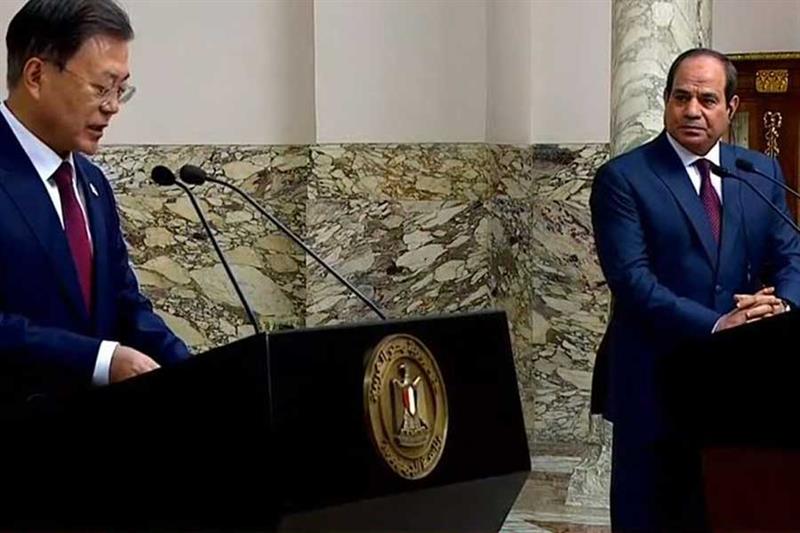 In a press conference in Cairo, El-Sisi said that Egypt is looking forward to “a huge development leapfrog” modelled on the successful South Korean experience.

Moon is in Egypt from January 19 to 21 as part of his Middle East tour that started earlier this week in the United Arab Emirates and Saudi Arabia.

His visit to Egypt is the first by a South Korean president in 16 years.

It comes as part of a comprehensive partnership agreement signed between the two countries during El-Sisi’s visit to Seoul in March 2016.

In the meeting, El-Sisi and Moon agreed on the importance of continuing political consultations.

Moon said that Egypt is a unitary state that has important historical and geographic advantages, adding that the comprehensive partnership between Cairo and Seoul has a historic momentum.

He added that he agreed with El-Sisi on bolstering partnership in sustainable development and clean and renewable energy.

The presidents saw as crucial the signing of several memoranda of understanding (MoU), including the $1 billion deal on “financial cooperation” from 2022 to 2026 between the two countries.