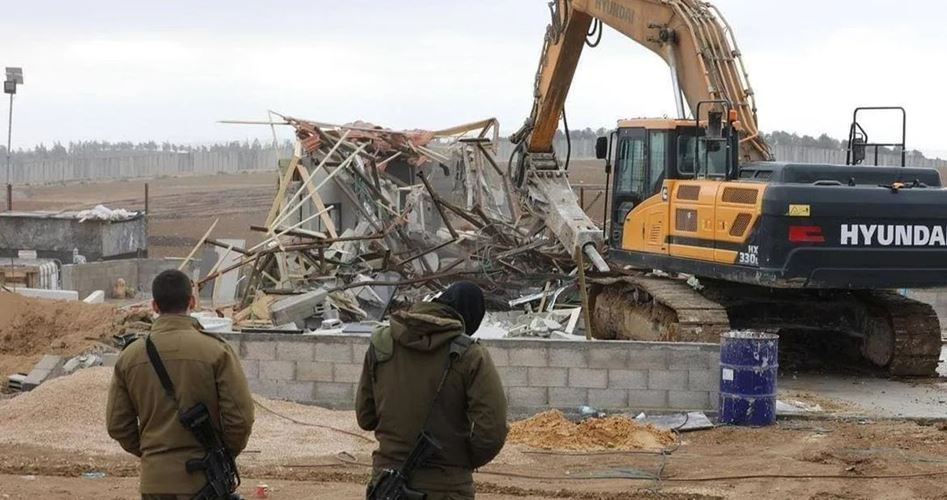 Israeli occupation authority on Wednesday demolished two Palestinian homes in the West Bank and Jerusalem at the pretext of unlicensed construction.

According to local sources, the Israeli occupation army demolished a house in al-Rammadin town in the south of al-Khalil and displaced its residents.

A family of five individuals, including children, was living in that house and had to sleep outdoors in the cold last night.

Meanwhile, the Israeli municipality in east Jerusalem forced a Palestinian citizen called Faisal al-Jabari to demolish the house he was living in with his family in Wadi al-Joz neighborhood.

A family of eight was living in that house, which was built in 2016.

The Palestinians in the West Bank and east Jerusalem have no choice but to build without licenses because the IOA imposes building restrictions on them and makes it hard for them to obtain construction licenses.

Israeli Forces to Demolish Mosque Under Construction in Qalqilya