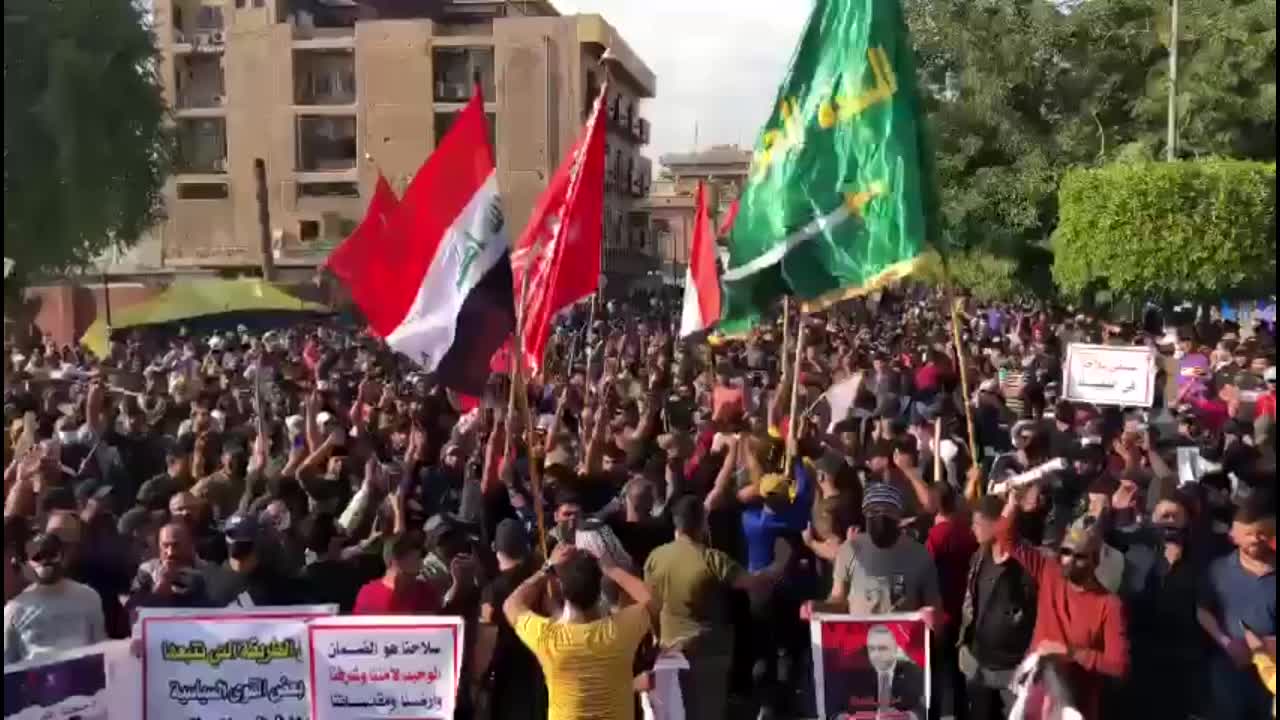 Protests renewed on Friday near the gates of the Green Zone in central Baghdad against the results of the recent parliamentary elections.

Thousands of Iraqis organized a mass protest in front of the Green Zone gate, near the ‘Two Storey Bridge’ in the Jadriya district.

Protesters called for accountability for those involved in tampering with the election results.

Earlier in the day, the Joint Operations Command called on the demonstrators to maintain peaceful demonstrations and not to clash and attack security forces.

A statement by the Security Media Cell stated that “with great concern for the unity of Iraq and the safety of its people, a high sense of national responsibility and a firm commitment to the orders of the Commander-in-Chief of the Armed Forces with competence and professionalism, all security and military forces continue to secure the safety of the demonstrators since the first day of the launch.”

“Demonstrations to this day, and work to miss the opportunity for some of the abusers of chaos and attempts to drag the demonstrations outside the peaceful scope.” The statement added.