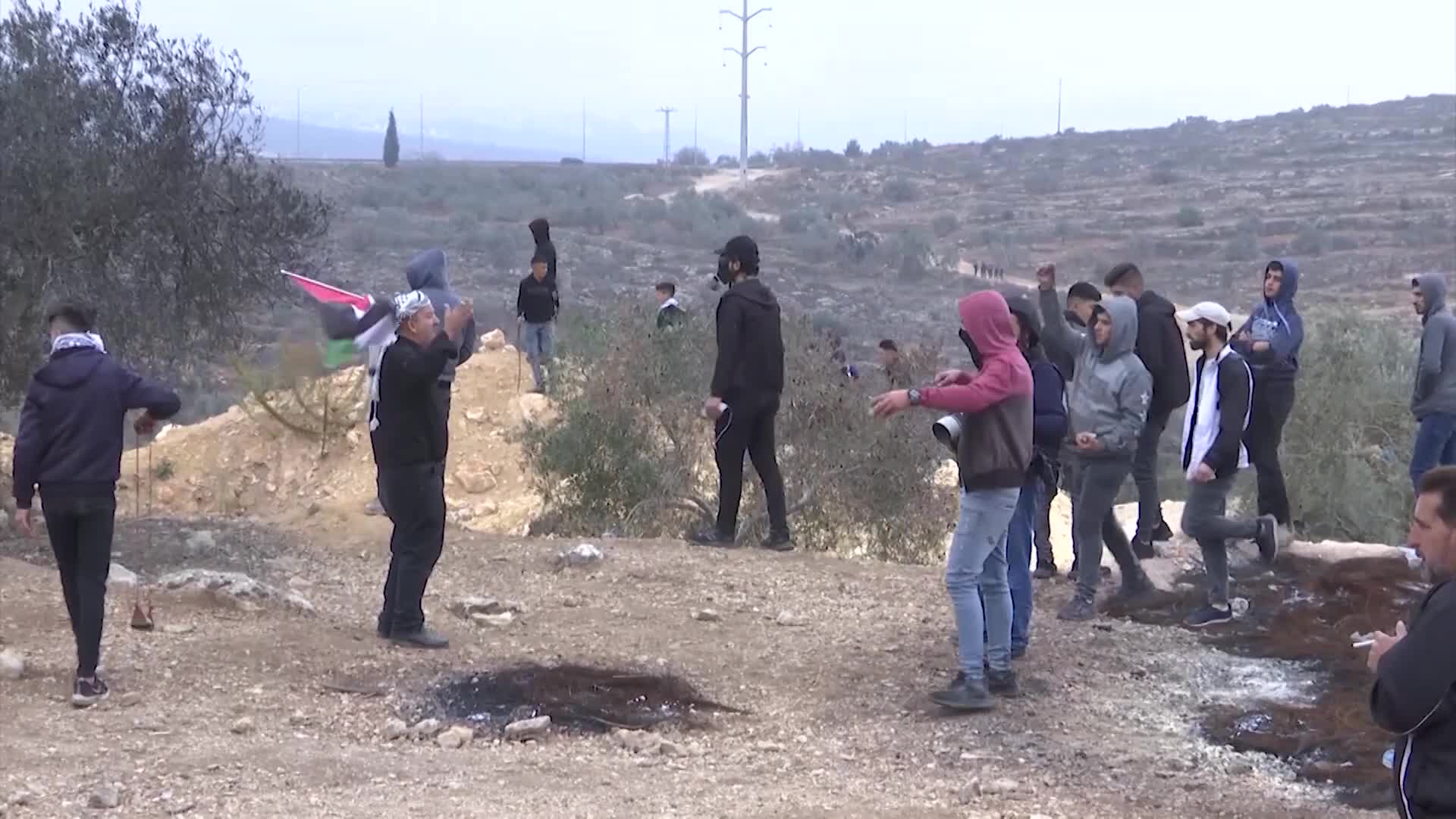 Clashes broke out Friday afternoon as Israeli forces suppressed an anti-settlement rally in Beita town and Beit Dajan village, south and east of the West Bank city of Nablus.

Director of the Palestinian Red Crescent’s (PRC) Emergency Department in Nablus, Ahmad Jibril, said that one protestor was injured by a rubber-coated steel bullet and 14 others suffocated from tear gas inhalation atop the mount.

In almost a month, some eight Palestinians from the town were killed and over 620 others were injured while trying to oust the colonial settler outpost built atop Mount Sabih or Sbeih.

Israelis are constructing a new colonial settlement ‘Givat Eviatar’ on top of Mount Sabih (Jabal Sabih), near Beita, and seizing lands belonging to the villagers of Beita, Huwarra, and Za‘tara to inaugurate a new settler-only bypass road.

In addition to Mount Sabih, Israeli forces have erected another colonial settlement outpost atop Mount Al-Arma, north of Beita, a few months ago, as both mounts enjoy a strategic location as they overlook the Jordan Valley, a fertile strip of land running west along the Jordan River which makes up approximately 30% of the West Bank.