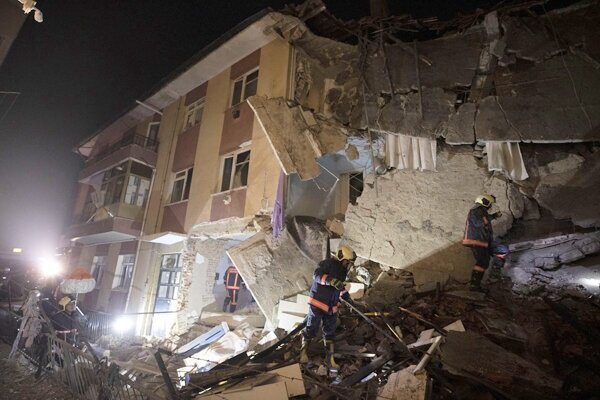 Two people were killed and four others were injured in an explosion in a building in the capital Ankara early Friday.

The explosion was allegedly caused by the entrapment of liquefied petroleum gas (LPG). However, a detailed analysis report of the scene confirming the cause of the explosion by the concerned authorities is yet to be issued, Daily Sabah reported.

The strong explosion brought down a big chunk of the three-story building in the city’s Keçiören district. Ambulances and search and rescue crews rushed to the scene. The search and rescue teams rummaged through the rubble for hours on Friday morning.

The explosion occurred as a result of accumulation of LPG, the report added.

A statement with the details of the incident will be issued after the necessary investigations,” Ankara Governor told reporters.