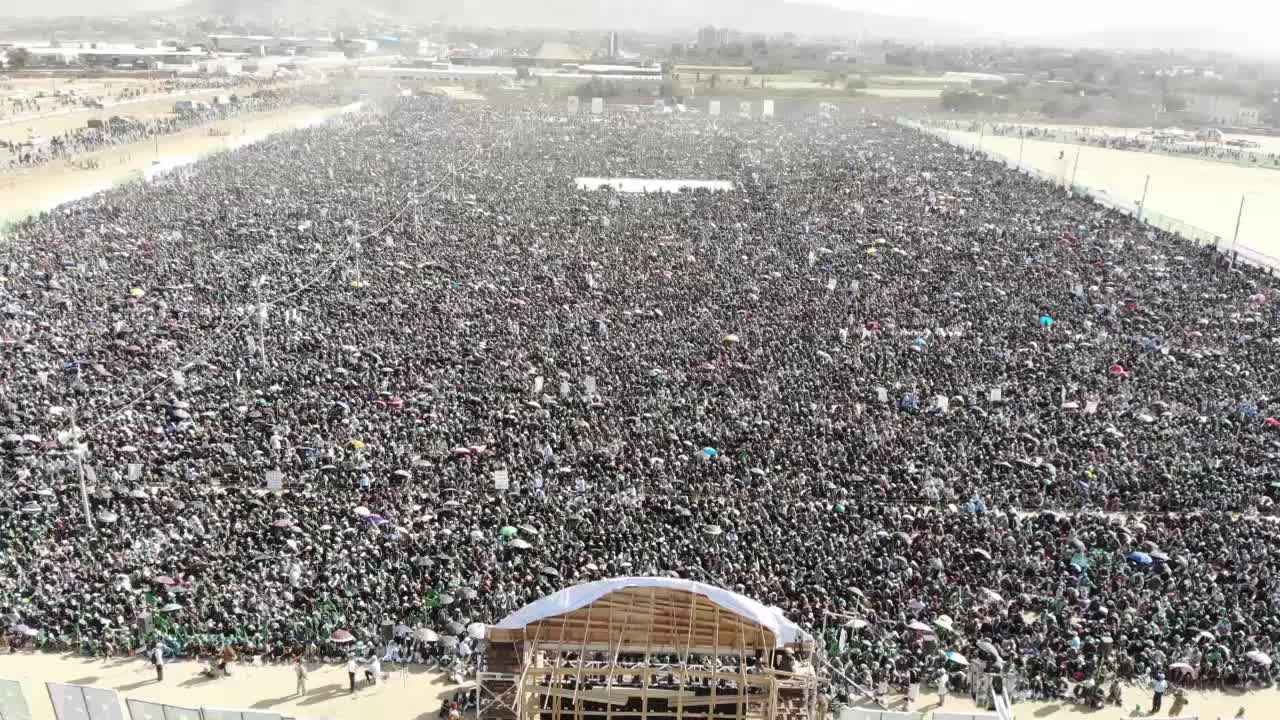 Millions of Yemenis took to streets in Saada, the capital Sanaa and in other governorates to commemorate the birth anniversary of Holy Prophet Muhammad (PBUH).

The governorates of Taiz, Ibb, Saada, Dhamar, Al-Bayda, Al-Mahwit, Al-Dhalea, Al-Jawf, Al-Hodeidah, and Amran, in addition to the Harib district square in the Marib governorate, witnessed massive popular demonstrations on the occasion.

Al-Houthi hailed the heavy crowds which attended the celebrations on the Islamic occasion, underlining that the Yemenis resort to the teachings of Prophet Muhammad in order to confront the Saudi-led aggression.

Ansarullah leader congratulated the Islamic Nation on Prophet Muhammad’s Birthday, affirming commitment to the values of the Messenger.