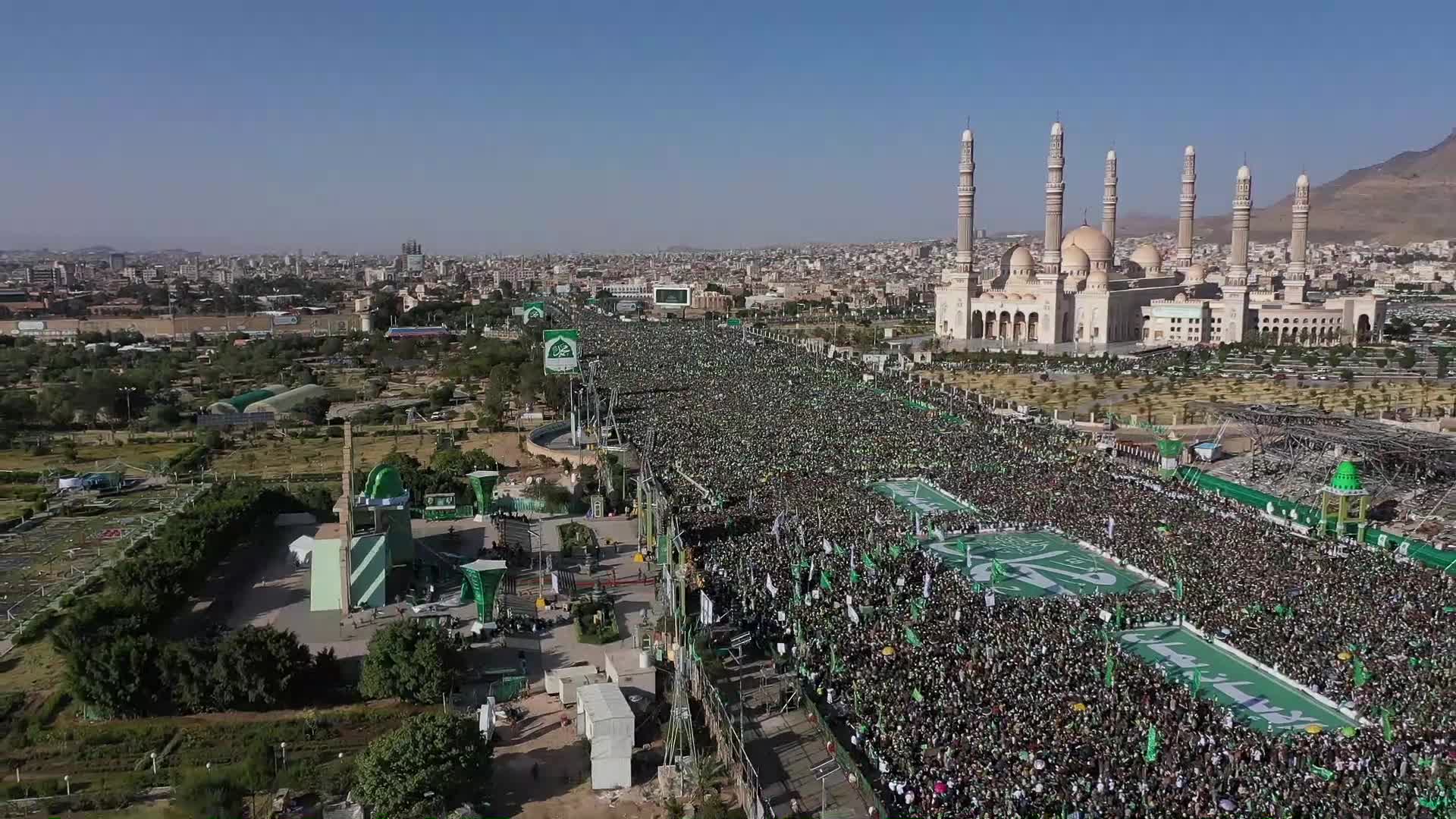 Millions of Yemenis commemorated the birth anniversary of the Holy Prophet Muhammad (PBUH) on Monday in the capital Sanaa and several other provinces.

Yemeni people flocked to Al-Sabeen Square in the capital Sanaa to mark the occasion in the largest and most remarkable gathering in Yemen and in the Islamic countries that commemorate this occasion.

Yemeni people insist on celebrating this occasion despite their harsh living conditions caused by the Saudi-Led aggression and blockade.