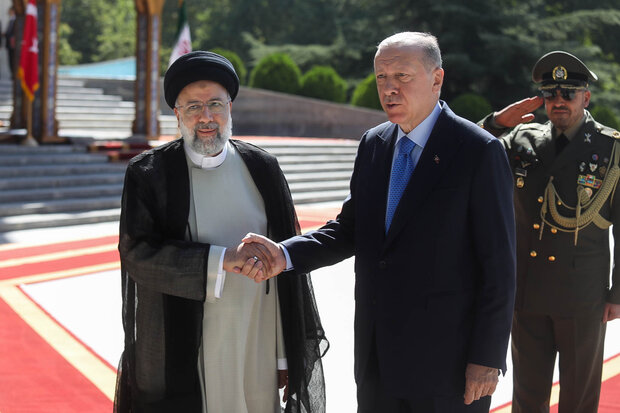 Raisi is holding a meeting with his Turkish counterpart after he officially received him in a ceremony.

The seventh summit of Astana peace process guarantors will be held later in the day in the presence of presidents of the three countries – Iran, Russia, and Turkey – in the Iranian capital of Tehran on Tuesday evening.

Last month, the countries participating in the Astana peace negotiations stressed that Syria’s national sovereignty and territorial integrity should be respected.

Representatives of Iran, Turkey, Russia, and Syria in the Astana talks stressed once again that Syria’s national sovereignty and territorial integrity should be respected.

The peace negotiations were initiated in Kazakhstan’s capital which was called Astana back then.

The talks retained the same name as the Astana negotiations after Kazakhstan changed the name of its capital city to Nur-Sultan in 2019.

This is the 18th round of the Astana peace negotiations that were initiated by Russia, Iran, and Turkey in 2017 to find a political solution to the years-long crisis in Syria.