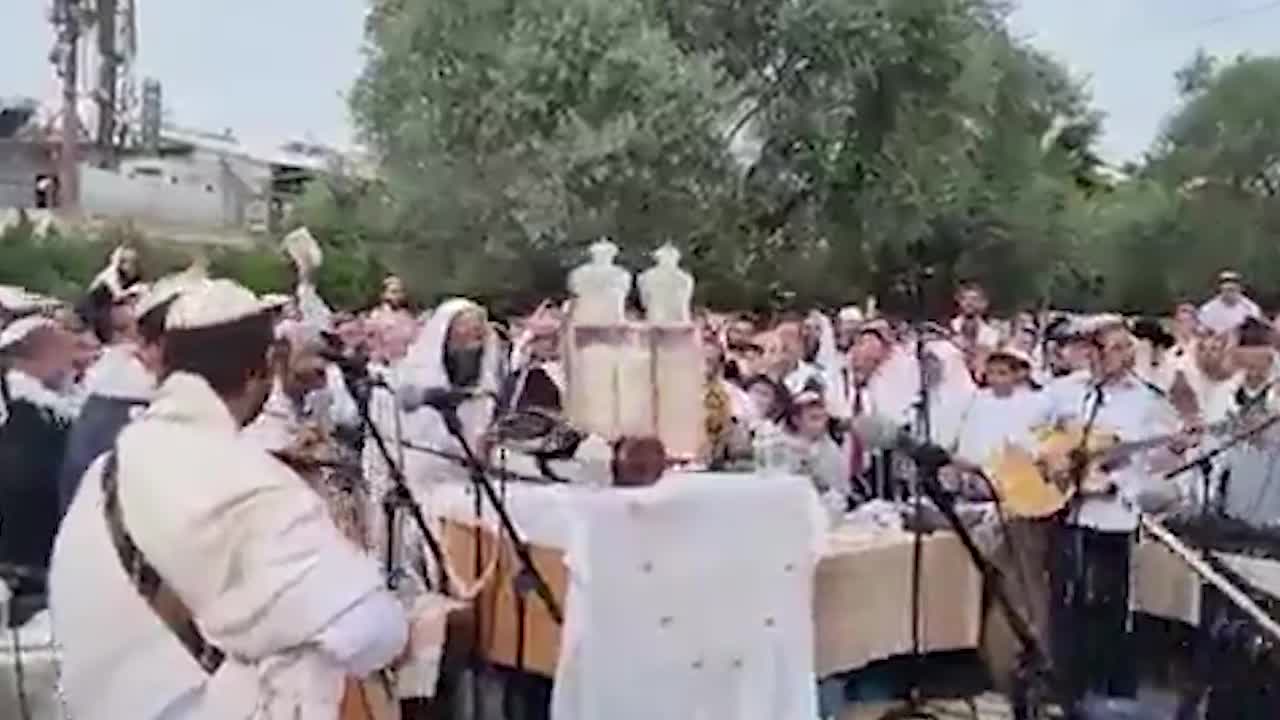 Hundreds of Jewish settlers stormed the Ibrahimi Mosque in al-Khalil, Hebron, on Tuesday morning and performed Talmudic dances and rituals inside it as part of celebrations of Passover.

The Israeli occupation forces tightened their military measures in the vicinity of the Ibrahimi Mosque to secure the incursion of settlers, erected military barricades on intersections and entrances leading to the Mosque and blocked Palestinian citizens’ movement and access.

The IOF closed the Ibrahimi Mosque at 10 pm Monday to Muslim worshippers and prevented their entry into it. The closure will last till dawn on Wednesday to secure settlers’ celebrations.