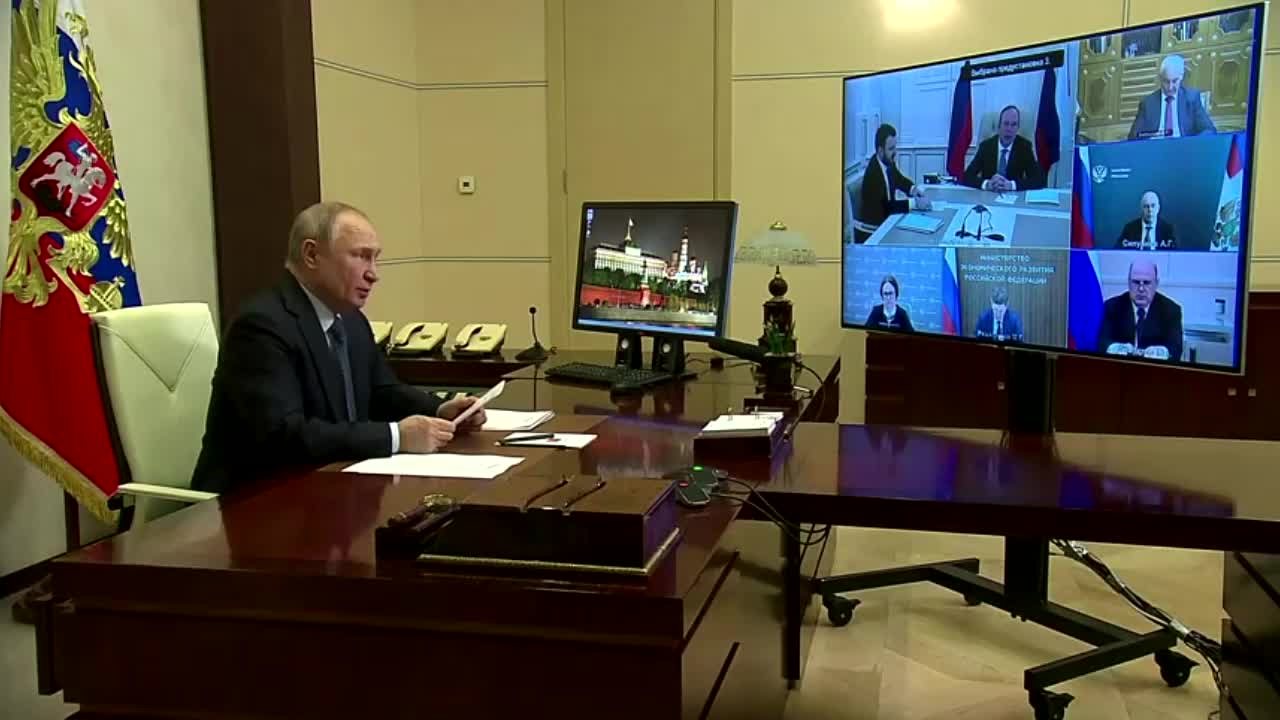 The situation in the Russian economy is stabilizing, while the ruble’s exchange rate is returning to the levels of early February, President Vladimir Putin said at a meeting on economic issues on Monday.

“Russia has withstood this unprecedented pressure. The situation is stabilizing, the ruble’s exchange rate has returned to the levels of the first half of February and is being defined by the objectively strong payment balance,” he said.

The surplus of the current account of balance of payments in Russia exceeded $58 bln in Q1, “hitting a fresh all-time high,” the president said, adding that foreign exchange cash is returning to the country’s banking system and the volumes of deposits of citizens are rising.

According to the president, Russia’s long-term financial stability both at the federal and regional level should remain the key task for the country’s authorities. A record level of surplus of the budget system was registered for the first quarter of this year, he noted.

“Additional decisions are required here, and it is necessary to implement them right at the moment when the economy needs it most of all,” Putin said, adding that “the long-term stability of financial system both at the federal and regional level remains a key condition”.

“The retail demand has normalized after a short-term panic buying of certain goods – and this constantly, always occurs in such situations. Stocks in retail chains are being recovered,” Putin said.

Russian authorities “made a proper step when they did not resort to manual, artificial market regulation, but offered freedom to the private business instead to look for the most suitable, efficient solutions,” the head of state said.

“Exactly such solutions made possible to support smooth deliveries of goods to the retail chain, availability of required products in stores,” Putin added.