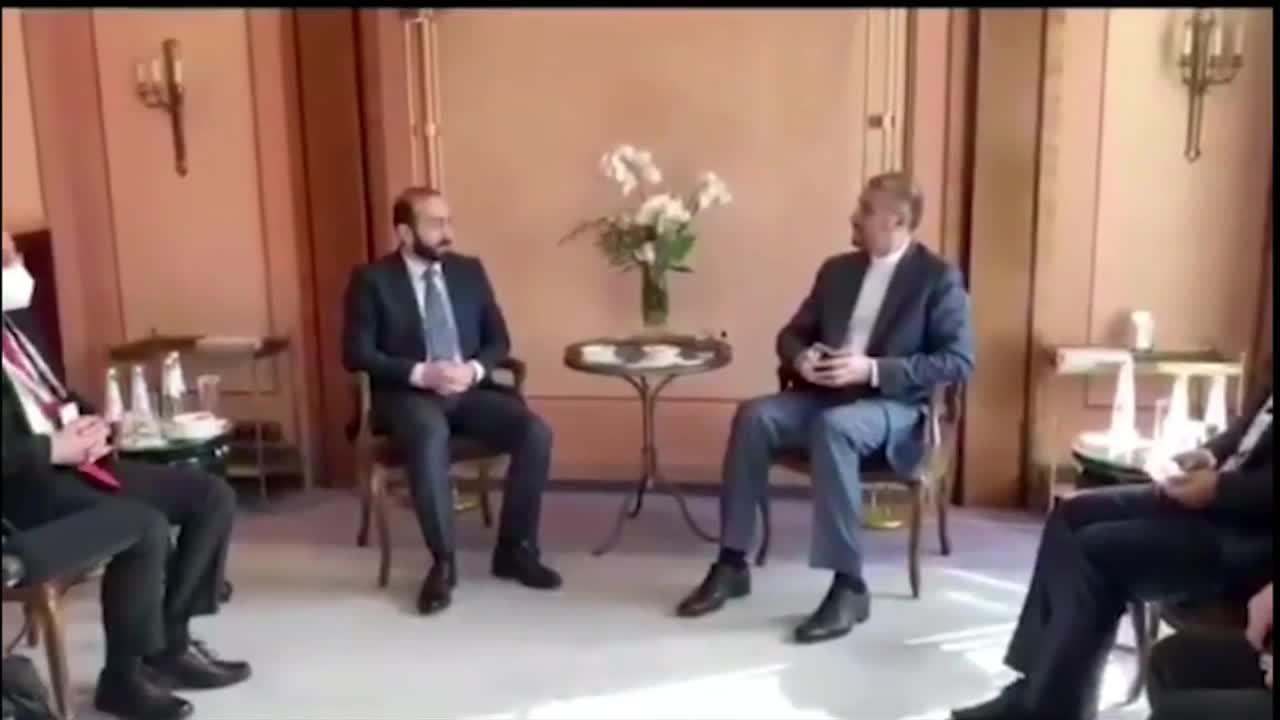 Amirabdollahian made his remarks during a meeting with his Armenian counterpart Ararat Mirzoyan on the sidelines of the 58th edition of Munich Security Conference where the two sides discussed expansion of bilateral relations, as well as and regional and international issues.

Amirabdollahian said that stability and security in Caucasus is one of the main agendas of Iran, voicing Tehran’s opposition to any geopolitical change in this region.

The Armenian foreign minister, for his part, hailed Tehran’s efforts to help maintain peace and stability in the Caucasus region.

Mirzoyan renewed his invitation to Amirbdollahian for a visit to Yerevan.

He said that his country is ready to dispatch economic, trade and technical delegations to Iran.