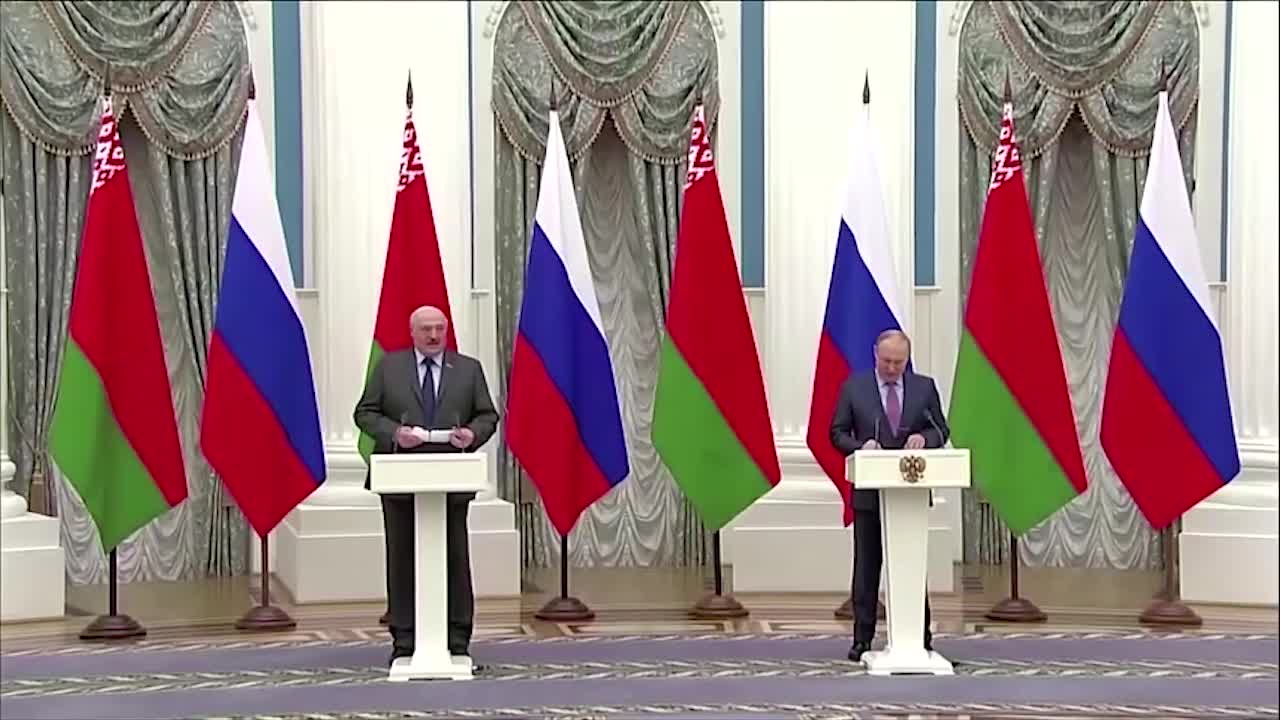 The Russia-Belarus joint military drills do not pose a threat to anyone and are of a purely defensive nature, Russian President Vladimir Putin said after talks with his Belarusian counterpart Alexander Lukashenko in the Kremlin on Friday.

“We jointly commended the Union Resolve 2022 drills whose active phase will last in Belarus until February 20. I must state that these exercises are of a purely defensive nature and pose no threat to anyone,” the Russian leader emphasized.

The defense ministries of both countries announced the concept and goals of all these scheduled maneuvers in advance, Putin pointed out.

“These events are attended by a large number of representatives, attaches of foreign countries who themselves observe these exercises,” the Russian leader said.

Russia and Belarus will continue collectively taking measures to ensure their security in light of NATO’s activity, Putin said.

“In the course of today’s negotiations, we discussed in detail the issue of strengthening the integrated defense space of Russia and Belarus. We agreed that we would continue collectively taking all necessary measures for providing security of both countries in the wake of NATO’s mounting military activity at the external borders of the Union State,” the Russian leader said.

Putin said he was grateful to his Belarusian counterpart for the productive joint work. “I am convinced that the negotiations held today will help further bolster the entire range of allied relations between Russia and Belarus. Tomorrow, as we have agreed, we will take part also in scheduled events related to our joint military activity,” the Russian president said.