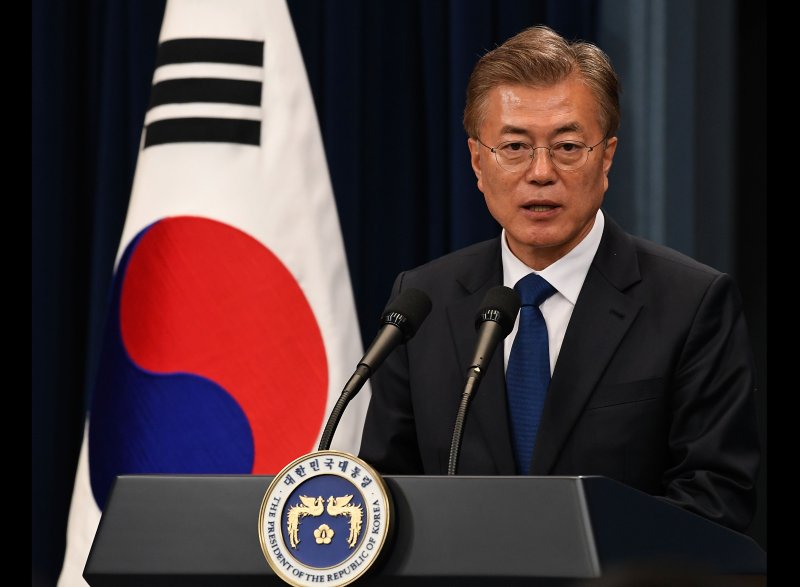 South Korean President Moon Jae-in is due in Cairo from Wednesday to Friday, the first visit to Egypt by a South Korean president in 16 years.

At a press conference on Sunday, South Korea’s Ambassador to Cairo Hong Jin-Wook said that President Moon’s visit to Egypt comes as part of a regional tour that also includes the United Arab Emirates and Saudi Arabia.

He added that President Moon’s visit comes within the comprehensive partnership agreement signed between the two countries during President El-Sisi’s visit to Seoul in March 2016.

In the five years since the agreement was signed political and economic relations between Egypt and South Korea have reached new heights, covering almost all aspects of cooperation, according to Hong.

El-Sisi and Moon will review joint projects which the two presidents endorsed in 2016, and discuss a raft of new projects.

Hong said presidents Moon and El-Sisi have forged close personal relations. “In addition to meeting in Seoul in 2016, they met while participating in the UN General Assembly meeting in New York. They speak regularly on the phone to discuss mutual relations.”

“Egypt is the first African country President Moon visits during his presidential term. South Korea considers Egypt a center of gravity for business and politics in the Middle East and Africa. South Korea’s economic strategy in recent years has been focused on reinforcing relations with Middle Eastern countries, particularly Egypt, Saudi Arabia, and the United Arab Emirates.”