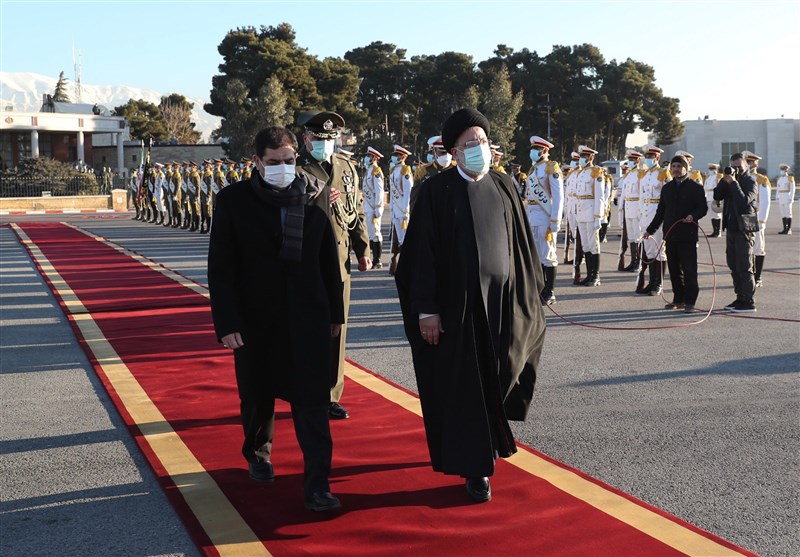 Iranian President Ebrahim Raisi said described his visit to Russia as a milestone in the promotion of ties between Tehran and Moscow, adding that cooperation and dialogue between the two states would contribute to regional security.

Speaking to reporters before leaving Tehran for Moscow on Wednesday morning, Raisi said he would make the visit at the invitation of his Russian counterpart with the purpose of enhancing the neighborliness and regional diplomacy.

“This trip could be a milestone in the promotion and strengthening of relations with Russia,” the president noted, highlighting Tehran’s push for the development of ties with all neighbors, especially Russia, in the political, economic and trade spheres.

Iran is an independent, mighty and influential country in the region, while Russia is also a major and powerful state in the region, Raisi noted, adding, “Cooperation and dialogue between two important countries with power and influence could contribute to the promotion of regional security as well as the economic and trade ties.”

Highlighting the interaction between Iran and Russia in the regional political and economic organizations, the president pointed to Iran’s membership in the Shanghai Cooperation Organization, and said, ““In the Shanghai summit, we will have good cooperation with all countries, particularly with Russia.”

He also noted that Russia plays a pivotal role in the Eurasian Economic Union, as the collaboration between Tehran and Moscow within that union would broaden the economic and trade activities.

Raisi said the common interests of Iran and Russia and their interaction will ensure security in the region and counter unilateralism in the world.

“Moreover, the interaction and mutual cooperation between the two countries could affect the regional and international situation,” he noted.

Stressing the ample opportunities for cooperation between Tehran and Moscow in the political, economic and energy fields, he said, “The current level of trade and economic cooperation is not satisfactory to any of the two states, and it is necessary for it to be raised and reach a much higher level.”

The president expressed hope that his visit to Russia would help the two countries fulfill their common interests, which he said will be influential at the regional and international arenas.

During his two-day trip, Raisi will deliver a speech to the State Duma, have a meeting with Iranian nationals residing in Russia, and hold talks with Russian economic activists.

The Iranian president will be accompanied by the ministers of foreign affairs, oil, and economy in the trip.

This will be Raisi’s third foreign trip after taking office in August 2021. He has already visited Tajikistan and Turkmenistan.