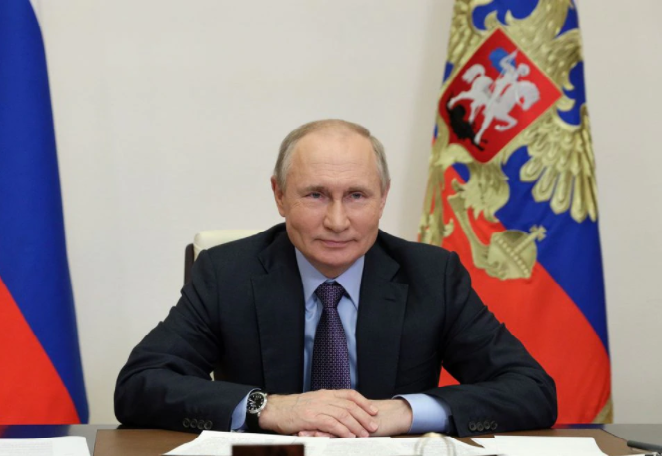 The West indulges Kiev in its policy aimed at dismantling the Minsk Agreements, Russian President Vladimir Putin said, addressing an expanded board meeting of the Foreign Ministry on Thursday.

“Ukraine keeps defiantly refusing to implement its obligations under the Minsk Package of Measures, as well as the agreements that were reached on the Normandy Four platform,” he pointed out.

“In word, our partners in the Normandy Four group – Germany and France – don’t dispute the importance of the Minsk Agreements,” he added.

Putin underlined that the Minsk Agreements “have become part of international law, the UN Security Council adopted a decision on the matter”.

“But in fact, unfortunately, [Western countries] indulge the current Kiev authorities in their wish to dismantle the accords, which is bringing negotiations and efforts to resolve the issue to an impasse,” the Russian leader stressed.

“Still, it’s crucial to continue mediation efforts within the Contact Group and the Normandy Four group in a persistent and vigorous manner because there is no other international mechanism to help resolve the domestic conflict in Ukraine,” Putin added.

“Likewise, there is no alternative to the full implementation of the Minsk Agreements,” he added.

The Russian president was also confident that the West’s move to supply lethal weapons to Ukraine was raising tensions in Donbass.

“A thing to note is that our Western partners are stirring up tensions [in southeastern Ukraine] by providing advanced lethal weapons to Kiev and holding inflammatory drills in the Black Sea – and not only in the Black Sea but also in other regions close to our borders.” Putin stated.