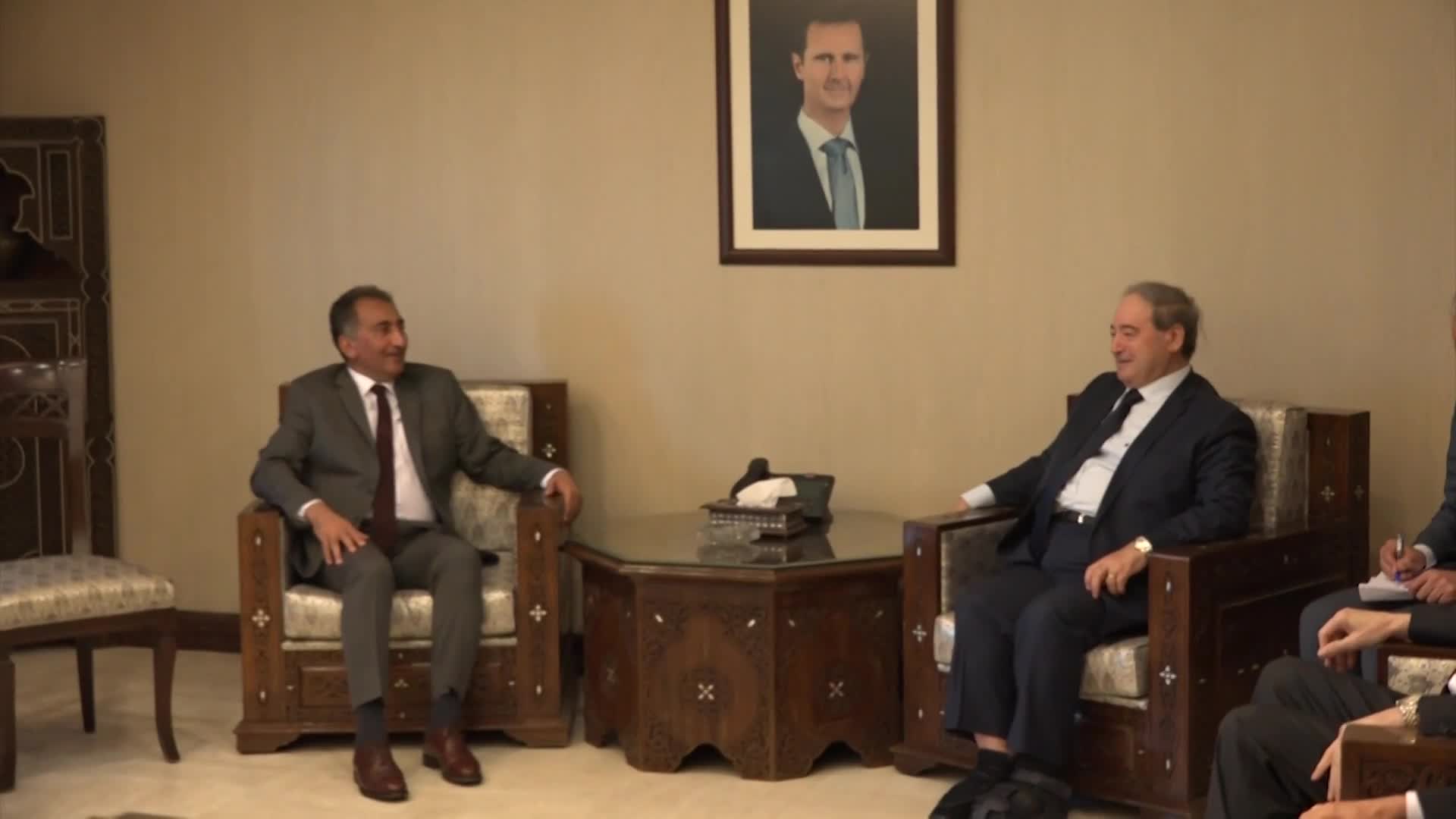 The two sides discussed relations between the two countries and means of developing them in all fields.

Mikdad described as deep and brotherly the relations between the two countries, adding that Syria is keen on boosting bilateral relations with brotherly Iraq in all domains.

The minister briefed the Iraqi delegation on the common challenges and threats facing the two countries, on top, terrorism, and the need to continue deeply-rooted cooperation to end its danger and uncover the countries supporting it in addition to the difficult economic situation.

He referred to the catastrophic humanitarian impacts of unilateral coercive measures imposed by Western countries on Syria and other countries, describing them as illegitimate which pose threat to the lives of citizens and to the stability and security of countries.

For his part, Khairallah pointed out the existence of “new atmospheres” in the region, as he was optimistic that the coming period will witness greater openness.