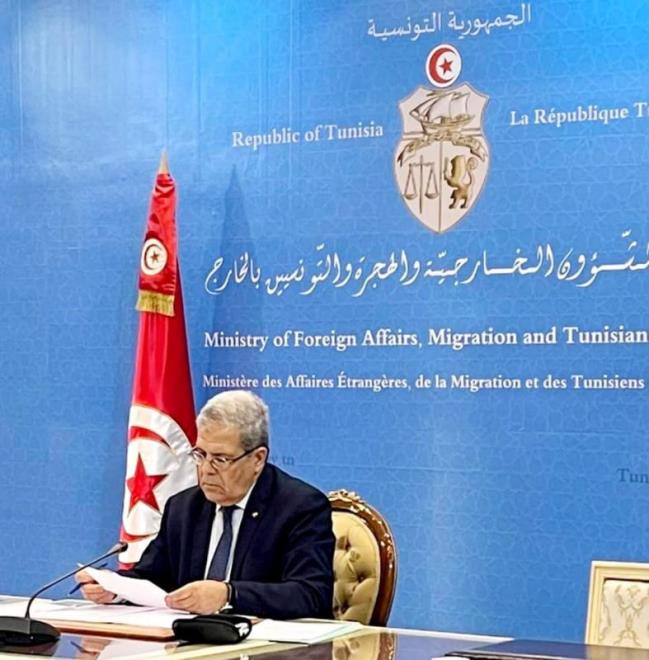 Speaking by VTC at the ministerial meeting of the Ad Hoc Liaison Committee to Co-ordinate International Assistance to the Palestinian people, Jerandi reaffirmed Tunisia’s support for all constructive efforts to revive the peace process and achieve a lasting and comprehensive solution in the Palestinian territories on the basis of UN resolutions and the Arab Peace Initiative.

The Minister called on the international community to play its full role to engage in serious negotiations according to a specific timetable.

He reiterated the firm and principled position of Tunisia in favor of the just Palestinian cause and the inalienable rights of the Palestinian people.

Jerandi cited, in this regard, the right to self-determination and the establishment of an independent and sovereign Palestinian state on the 1967 borders with Al-Quds Al-Sharif as capital.

On the other hand, the Minister of Foreign Affairs expressed Tunisia’s rejection of the decision by the occupation authorities to designate six Palestinian civil organisations as terrorist organisations, adding this move would impact the support provided by the international community to the Palestinians.

The Ad Hoc Liaison Committee to Co-ordinate International Assistance to the Palestinian People is composed of 15 members, including Tunisia.

It is a UN committee that serves as a coordination mechanism at the political level for the support of the Palestinian people.