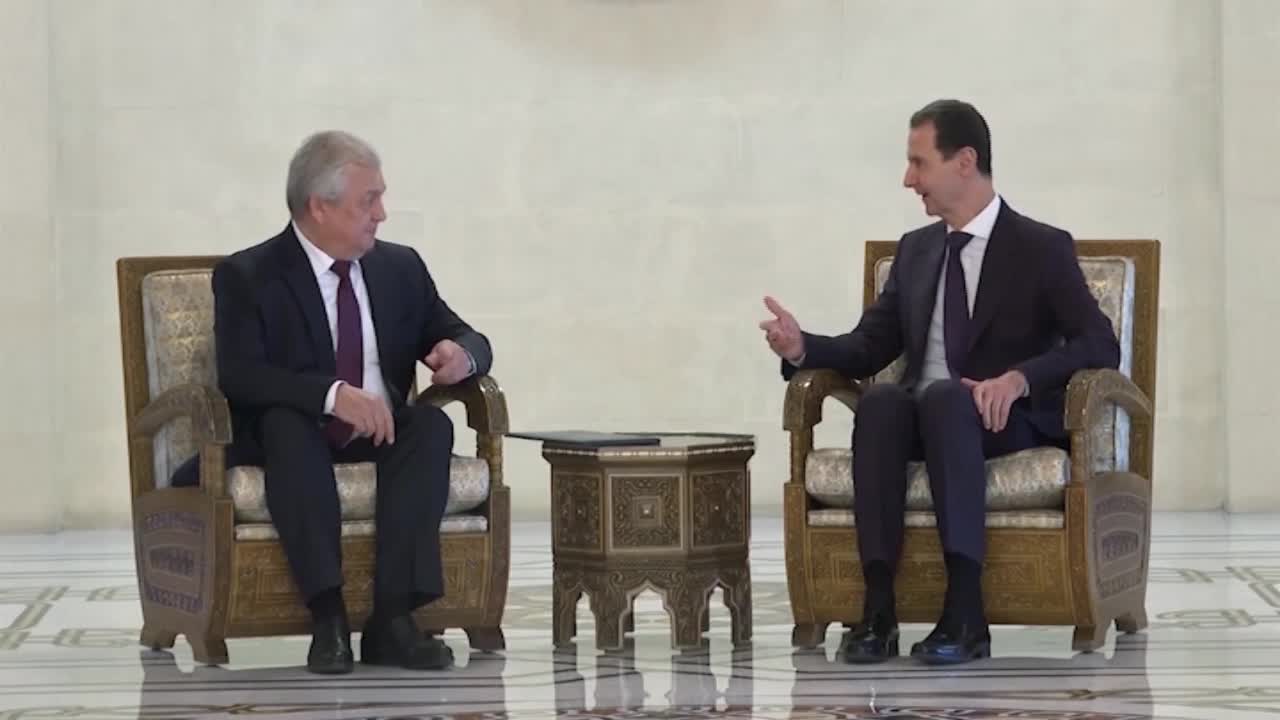 Lavrentiev is on a visit to Syria to participate in the joint periodic meeting of the Syrian -Russian coordination committees on the return of refugees being held in Damascus.

During the meeting, the two sides hailed the positive outcomes achieved on the ground as a result of the effective work and joint efforts of both parties in order to secure the appropriate conditions for the return of refugees to their cities and villages, and to accelerate the national reconciliations.

They also stressed the importance of bilateral agreements and memos of understanding being signed on the sidelines of the meetings for the Syrian and Russian coordination committees.

al-Assad said that the importance of the Russian Federation’s efforts is embodied through practical steps to help the Syrian people overcome the repercussions of the terrorist war and the unjust sanctions imposed on it, in addition to its firm and principled political stances and its support for the right of Syrians to defend their country and the sovereignty of their lands.

The president stressed the need to invest conferences and meetings in order to enhance relations at the cultural and popular levels synchronized with boosting relations between institutions and bodies in the two friendly countries.

For his part, Lavrentiev stressed that the meetings between the two sides will continue at various levels in order to implement the recommendations and signed agreements, and to intensify cooperation between government institutions and bodies in the Russian and Syrian provinces.

He added that the goal of the joint meetings of the Syrian and Russian coordination committees is not only to facilitate the return of Syrian refugees, but to help improve the situation in Syria and enhance relations between the two friendly countries and peoples.