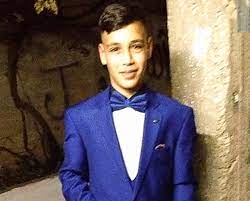 Israeli media reported that two Israeli soldiers were lightly and moderately injured in a stab attack on Al-Quds Old City.

Israeli reports added that forces opened fire at the stabber and cordoned off the scene.

According to the reports, Israeli forces closed Damascus Gate after the attack.

Palestinian sources mentioned that the stabber is the martyr Omar Abu Asab, 18, and descends from Issawiya village.

Hamas Movement mourned, in a statement, its martyr and hailed his bravery. The statement stressed that the heroic operation reiterates the Palestinians’ commitment to their right and insistence on confronting the Zionist aggression on the Palestinian people and sanctities across the West Bank.