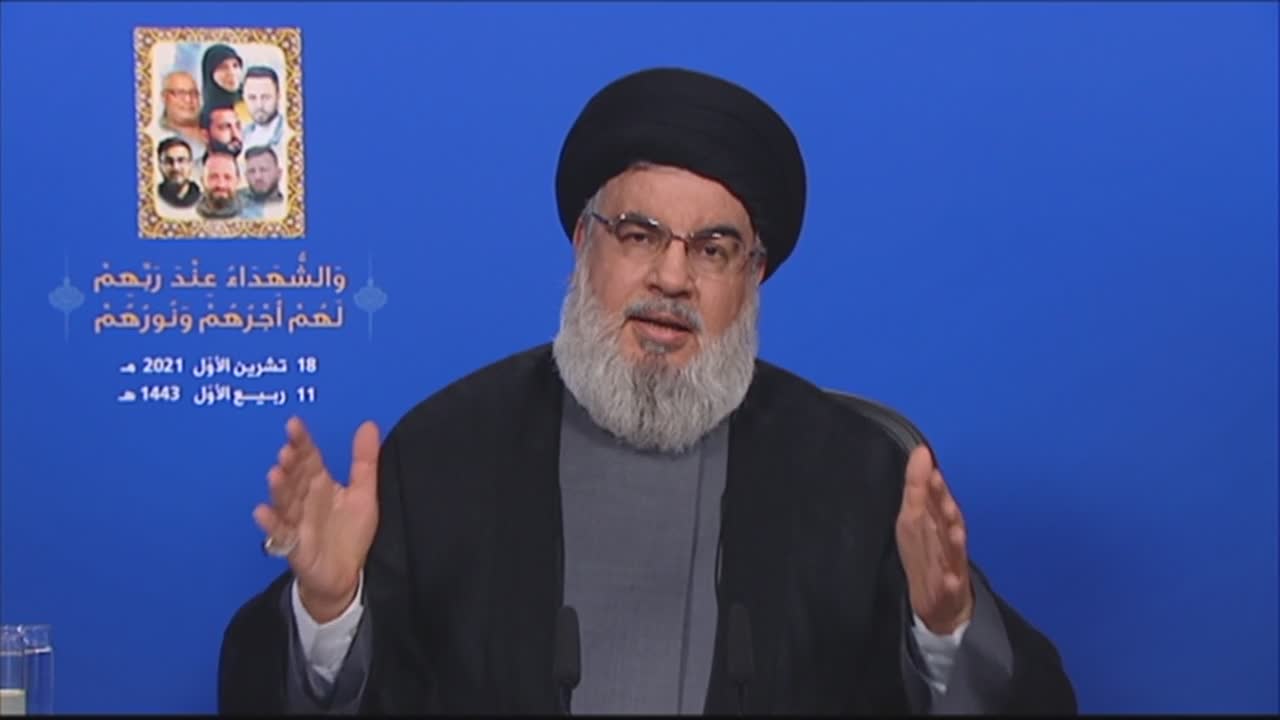 Hezbollah Secretary General Sayed Hasan Nasrallah said the “Lebanese Forces” party wants to create a fake enemy of Dahiyeh residents, adding that after the latest massacre in Tayouneh, Hezbollah will start a new stage in its stances regarding local issues.

“Lebanese Forces chief presents himself as a defender of Christian residents in Ain Al-Rimaneh and Al-Hadat,” Sayed Nasrallah said on Monday in a televised address tackling the latest developments in Lebanon.

Throughout years we have been keen to deescalate local tensions with any Lebanese party, Sayed Nasrallah said.

The Secretary General continued “What we have witnessed of arming and military training proves that there is a militia which aims at igniting a civil war in the country.”