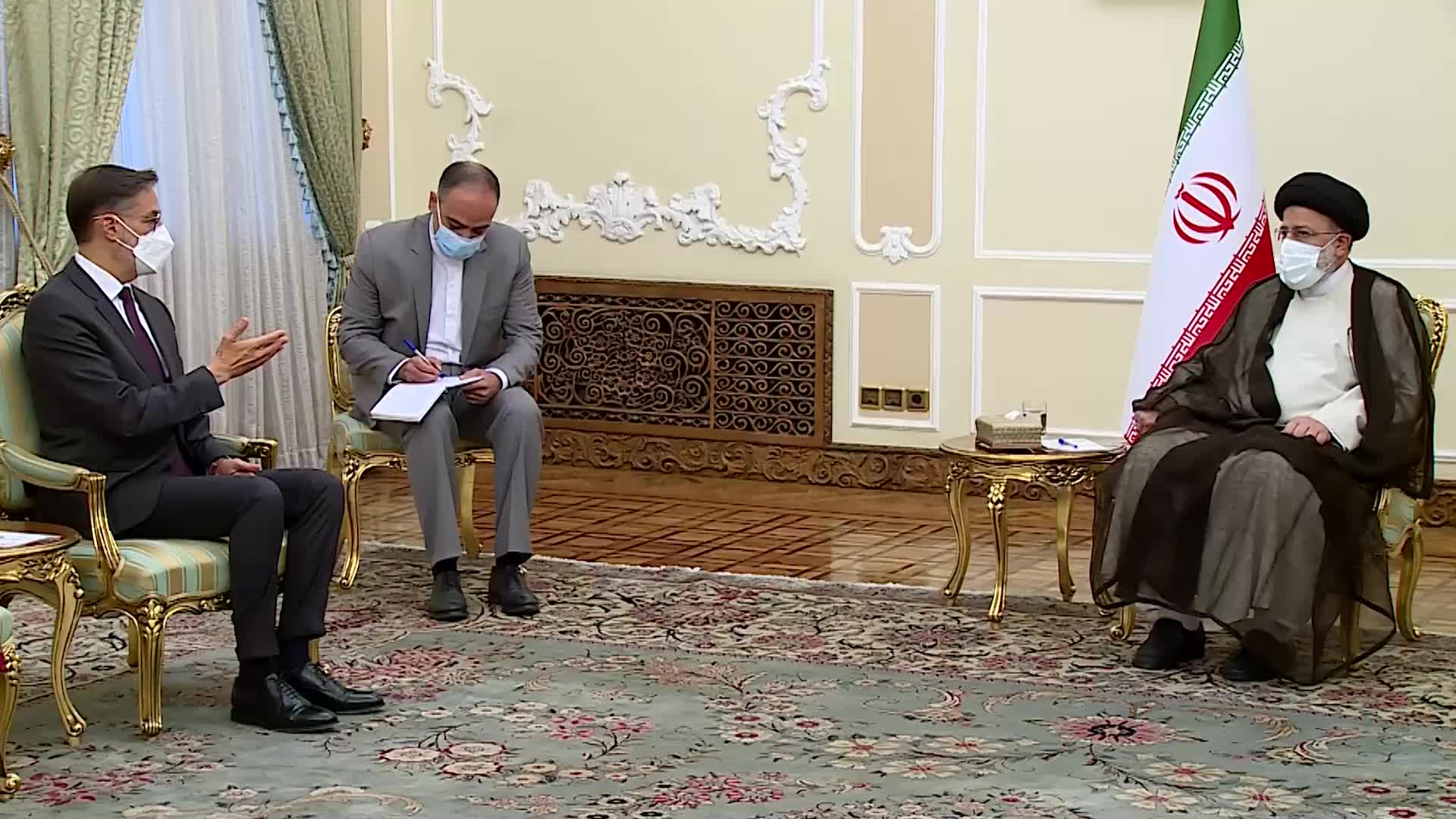 Iranian President Ebrahim Raisi hailed Iran-Venezuela ties as expanding and friendly, saying Tehran is determined to boost its relations with developing countries, especially nations that seek to maintain their independence.

“Latin America, especially Venezuela, is on the top of the Islamic Republic’s economic, diplomatic priorities, and we are determined to expand our ties with these countries,” Raisi said as he received Venezuelan Foreign Minister Felix Plasencia in Tehran on Monday.

Raisi stressed the necessity of expanding Tehran-Caracas ties in different fields, and emphasized the importance of having “a clear and long-term plan” in order to strengthen the bilateral ties to their maximum.

The Iranian president further expressed hope that “new steps” would be taken towards long-term cooperation between the two countries during the upcoming visit of Venezuelan President Nicolas Maduro to Tehran.

For his part, Plasencia described Iran and Venezuela as friends, saying the two countries are united against hegemony and “those who want to harm our independence.”

He stressed that Iran is “a significant and influential” country in the Middle East, saying “Venezuela, alongside Tehran, is committed to defending multilateralism and countering US intervention.”

Plasencia also emphasized the importance of strengthening bilateral relations between Tehran and Caracas, saying a long-term plan for mutual cooperation is “effective” in achieving that goal.