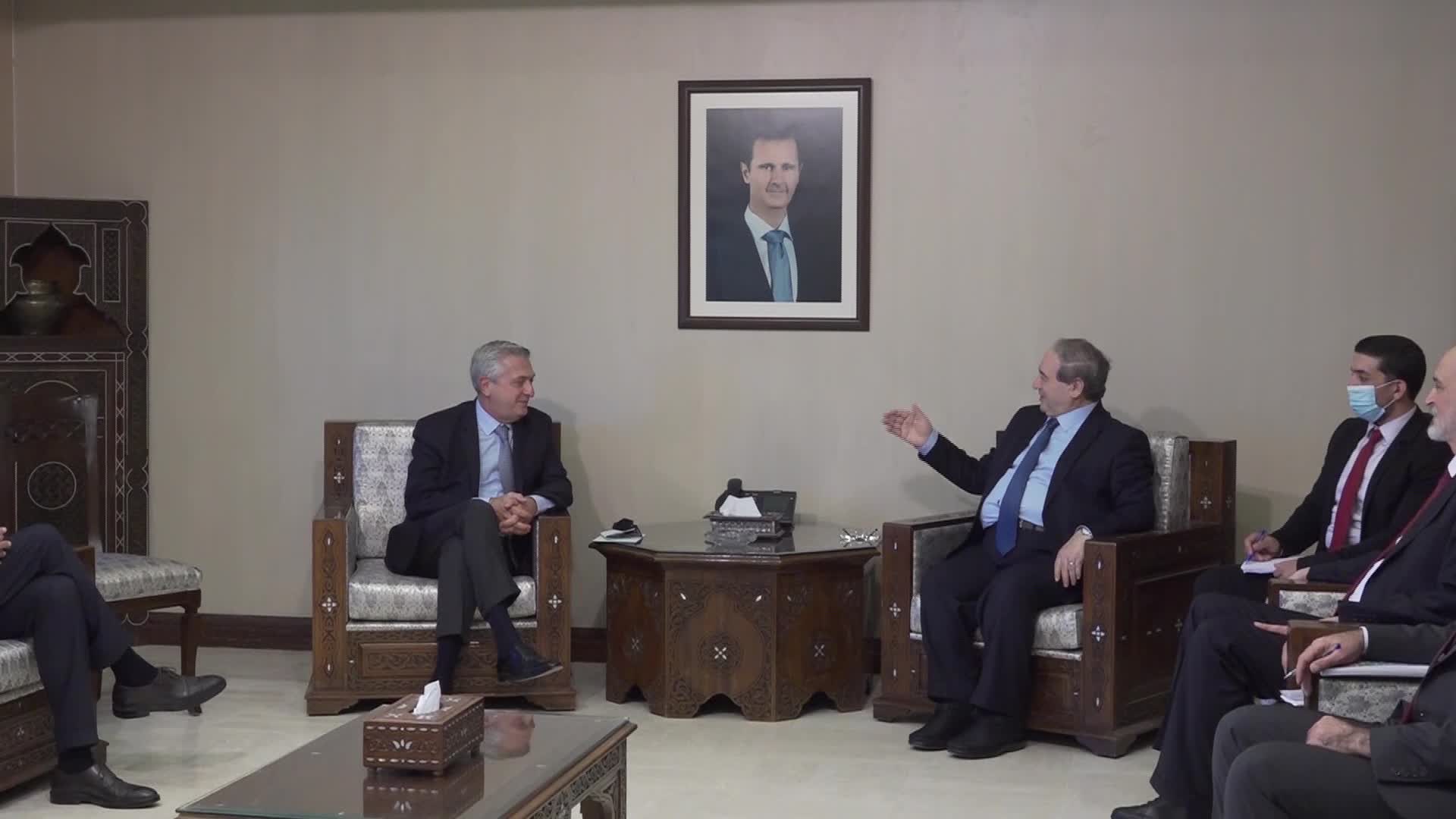 Mikdad affirmed the Syrian government’s keenness to cooperate with the Commission in that field in light of Syria’s sovereignty and territorial integrity, away from attempts by some sides to use this file for political goals that contradict the interests of the Syrians.

He talked about the economic repercussions of unilateral coercive measures imposed on the Syrian people and their impact on the return of refugees, as these measures limit the ability of the state and humanitarian organizations operating in Syria to provide the basic requirement for those who wish to return.

For his part, Grandi was satisfied over cooperation between the UNHCR and the Syrian government, briefing Mikdad on the activities and initiatives undertaken by the UNHCR in order to contribute to finding the conditions for the return of Syrian refugees to their country, expressing the UNHCR’s readiness to intensify all efforts in order to provide the basic requirements for the return.

He stressed the Commission’s commitment to work in accordance with its humanitarian goals only, and its keenness to keep away from any political agendas.