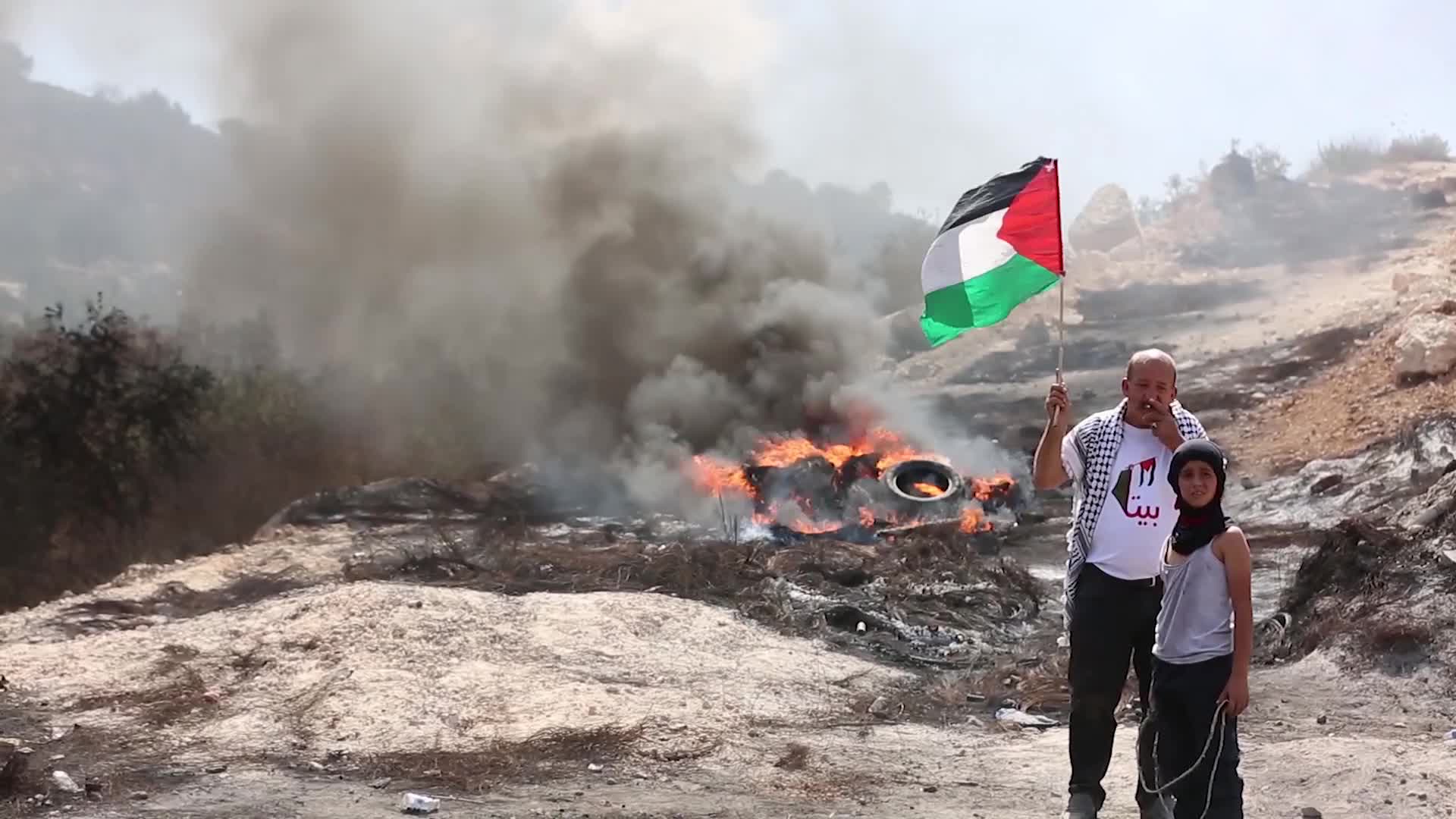 Dozens of civilians were injured and suffocated with tear gas as Israeli forces cracked down on Friday two weekly peaceful protests in Beita, south of Nablus, against the establishment of settlement outposts on Jabal Sobeih in Beita and in the northeastern region of Beit Dajan village, east of Nablus.

As protests arrived near Jabal Sobeih, where a settlement outpost is located, Israeli forces suppressed the protests causing several injuries.

The protest was launched to reject the establishment of settlement outpost and to support prisoners in Israeli jails.