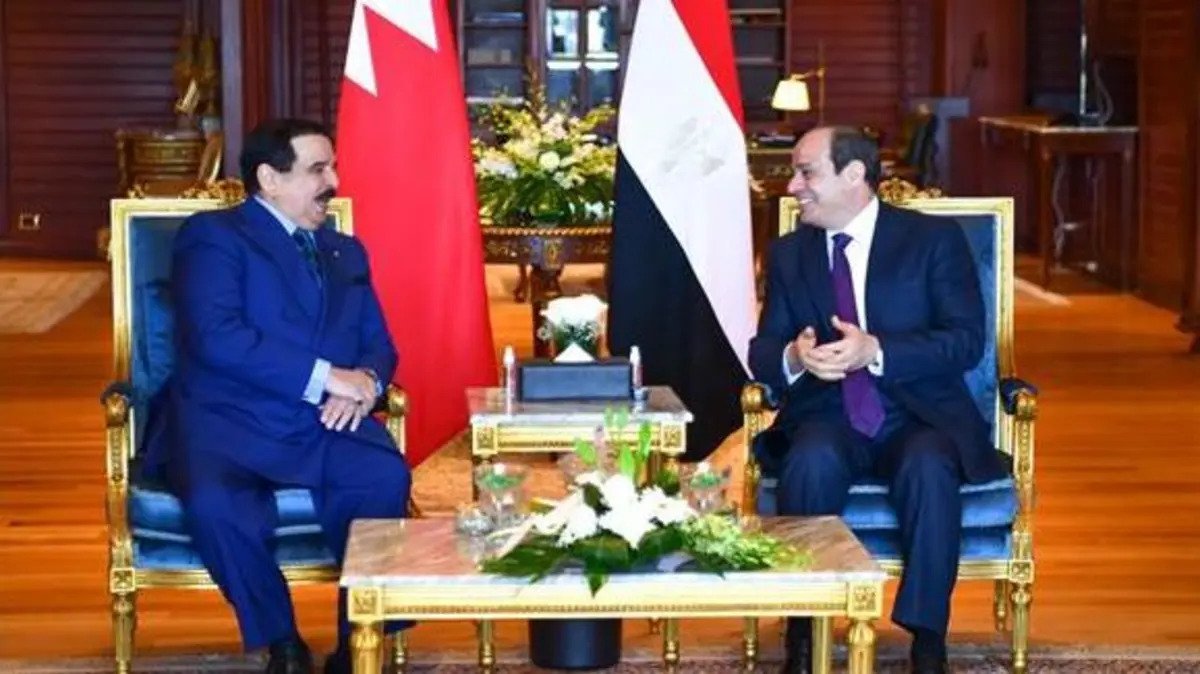 During the meeting which also discussed joint cooperation particularly in the fields of investment and economy, Sisi voiced Egypt’s keenness to strengthen cooperation and coordination to help the region confront current challenges.

Highlighting the historic ties with Egypt, King Khalifa praised the pivotal role which Cairo plays on the level of security and stability in the region.

He also noted the improvement of ties with Egypt in various economic, political and developmental fields, adding that Bahrain is keen on strengthening these relations.

Sisi and King Khalifa also welcomed the upcoming summit that Saudi Arabia will host next month during US President Joe Biden’s visit to the Kingdom.