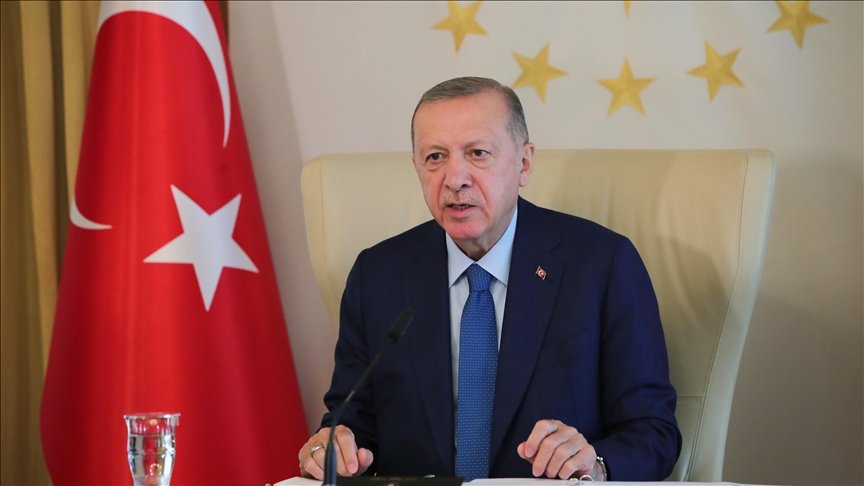 Turkey has prevented an annual 100 million tons of greenhouse gas emissions with the improvements it has made in the field of energy, the country’s president said on Friday.

“With the improvements we’ve made in the field of energy, 100 million tons of additional greenhouse gas emissions per year have been avoided,” he said, underlining the role of renewables in fighting climate change.

Erdogan stressed that fighting climate change, which is one of Turkey’s “top priorities,” and environmental problems are a worldwide issue that needs to be resolved through global solidarity.

“With this understanding, we ratified the Paris Agreement and declared our net-zero emissions target for 2053, as well as our Green Development Revolution,” he said.

Erdogan said that under its Green Action Plan, Turkey was making its ports more environmentally friendly and expanding forests and protected areas, adding that the country was also one of the world’s leaders in combating desertification and erosion.

Highlighting Turkey’s efforts on reducing emissions in transportation, Erdogan said that its indigenous Automobile Joint Venture Group (TOGG) would be rolling out its first electric car by the end of the year.

“We’re making sustainable and climate-friendly modes of transportation more widespread,” he said, stressing the importance of technology and “groundbreaking research and development.”

The Turkish president also noted the progress made through the “zero waste” initiative in environmental protection, recycling, and emission reduction.