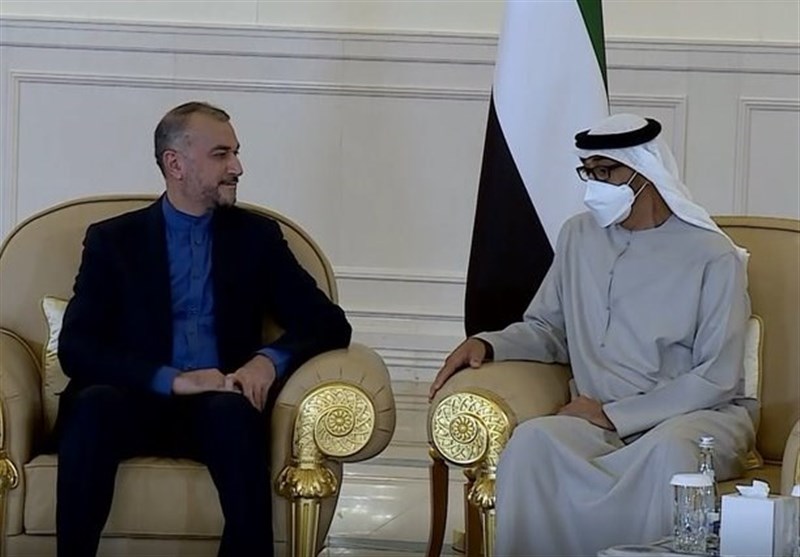 Foreign Minister of Iran Hossein Amirabdollahian hailed the opening of a new chapter in the relations with the United Arab Emirates which has got a new president.

“A new page was opened in the relations between the Islamic Republic of Iran and the UAE,” Amirabdollahian said in a post on his Twitter account on Monday after meeting Mohamed bin Zayed Al Nahyan in Abu Dhabi.

“We warmly shake hands with our neighbors. The warmth of the neighbors’ relations disappoints the enemies of the region,” he added.

Iran’s top diplomat traveled to the UAE on Monday to pay his respects after the death of President Khalifa bin Zayed, while Tehran welcomed the appointment of the Persian Gulf state’s new ruler.

The trip by Amirabdollahian is the highest level visit by an Iranian official to the UAE in recent months.

In a message on Monday, Iranian President Ebrahim Raisi congratulated Sheikh Mohamed bin Zayed Al Nahyan on taking office as the new president of the UAE, expressing hope for the expansion of relations between the two neighbors in all fields.

At the helm of the Emirati state, Sheikh Mohamed succeeds his older half bother, Sheikh Khalifa bin Zayed, who died on Friday at 73 after leading the Persian Gulf country for 18 years.