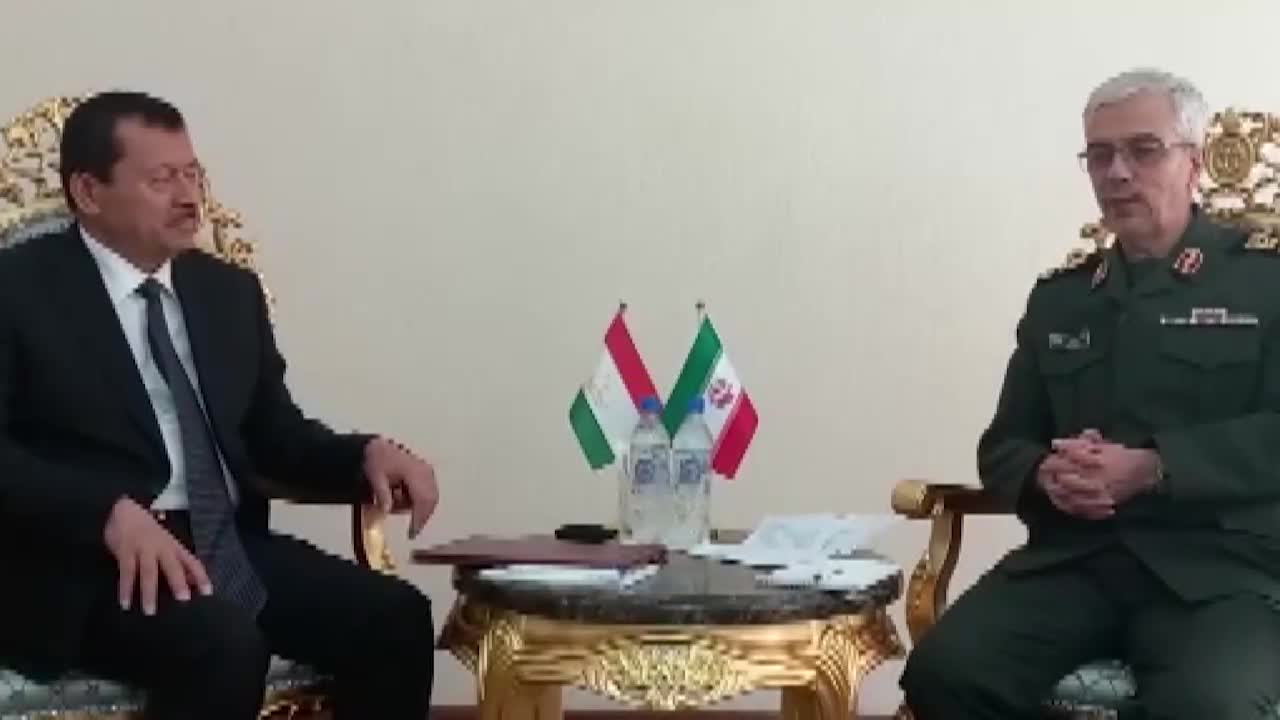 Chief of Staff of Iranian Armed Forces Major General Mohammad Bagheri and Defense Minister of Tajikistan Sherali Mirzo in a meeting in Dushanbe on Monday urged the need for cooperation in the fight against terrorism.

Bagheri and Mirzo also discussed regional cooperation with the focus on Afghanistan.

He said that holding joint military drills and enforcement of military equipment are among top priorities of the armed forces of Iran and Tajikistan.