Assad: War on region intellectual and ideological more dangerous, effective than military one 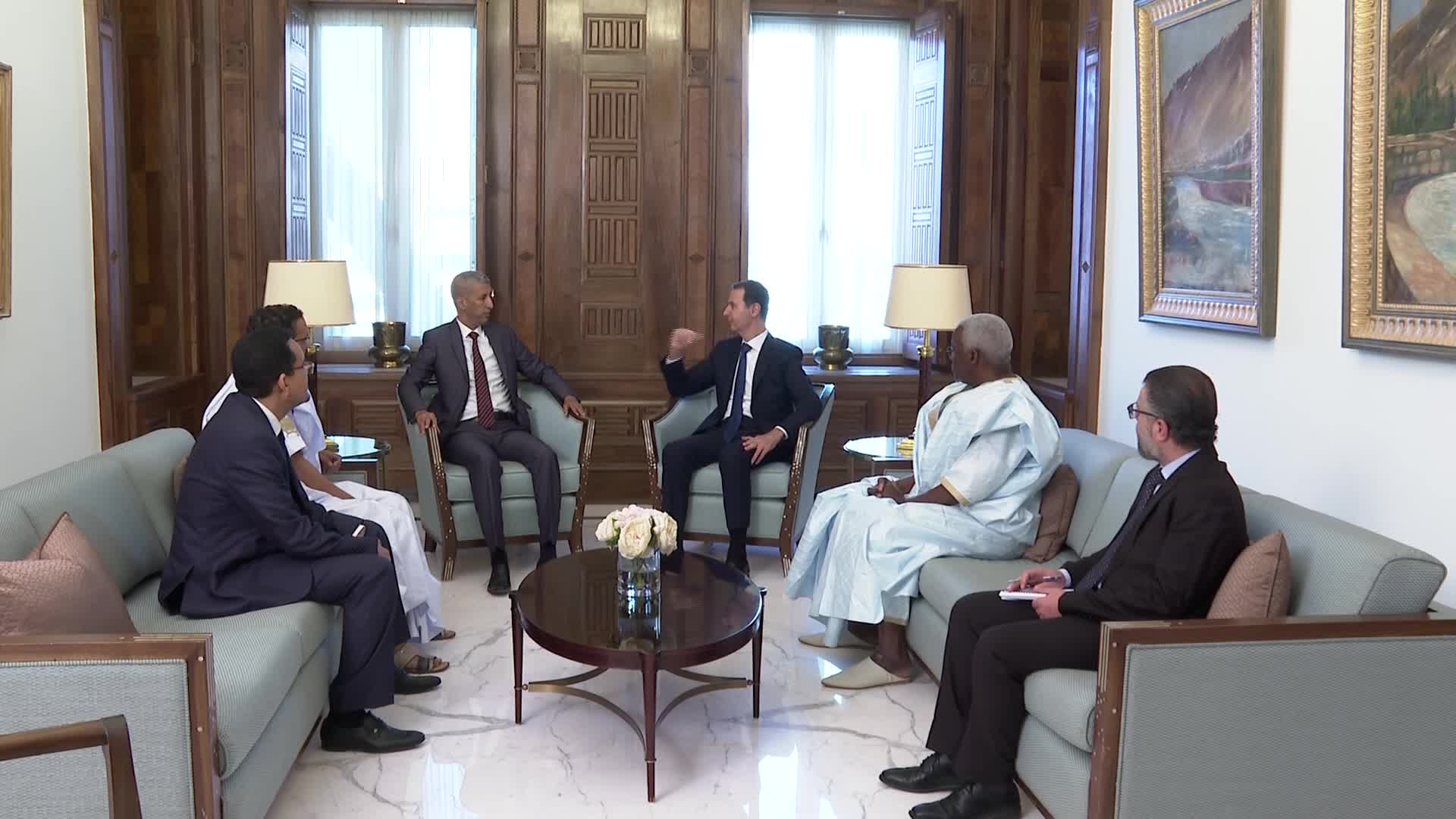 Talks were held during the meeting about the situation on the Arab arena and the basic role of peoples in achieving stability to this region through maintaining and adherence to their identity.

Al-Assad said that the war waged on this region is primarily intellectual and ideological, and more dangerous and more effective than the military one.

He noted that the Mauritanian people and despite the geographical distance of Mauritania, through various stages of history, has always remained adherent to his Arab identity.

Al-Assad stressed the importance of mutual visits between parliamentary and popular delegations and the importance of investing the results through formulating them into concepts and working mechanism that bring peoples closer and serve their interests.

Members of the delegation hailed Syria’s stances and commitment to Arab causes, and pointed out to the special status of Syria among all Mauritanians, stressing their constant support to the Syrian people to counter the terrorist war waged against Syria which not only targeted them, but all peoples who adhere to their Arabism.