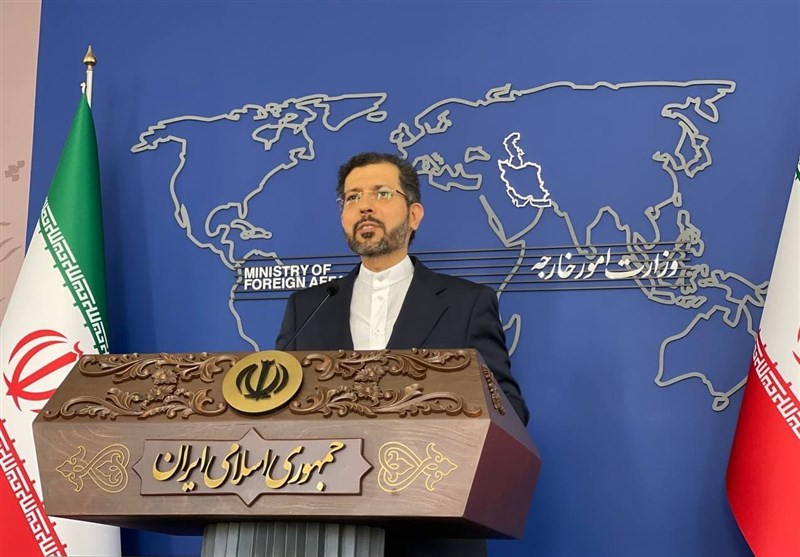 Iran condemned on Sunday the desecration of the Holy Quran in Sweden, saying that authorities in Stockholm must deal with the perpetrators of this act and prevent such acts from happening again.

Iranian Foreign Ministry Spokesman Saeed Khatibzadeh said the deliberate repetition of this insulting act during the holy month of Ramadan hurts the feelings of Muslims in Sweden and around the world.

“This insulting act is a clear example of creating sedition and contradicts with freedom of speech and should be condemned.”

“While holding the Swedish government accountable, it also must deal with the perpetrators of this insulting act immediately, strongly and explicitly and take clear and practical measures to prevent the recurrence of such acts,” the Iranian spokesman said.

“The actions of the insulting person and his supporters increasingly necessitate the unity of Muslims and Islamic countries against the conspiracies of the enemies of Islam,” he added.

The Danish leader of the far-right Stram Kurs party has burned a copy of the holy Quran in a heavily-populated Muslim area in Sweden.

Rasmus Paludan, accompanied by police, went to an open public space in southern Linkoping on Thursday and placed the Muslim holy book down and burned it while ignoring protests from onlookers.

About 200 demonstrators gathered in the square to protest. The group urged the police not to allow the racist leader to carry out his action. After the police ignored the calls, incidents broke out and the group closed the road to traffic, pelting stones at the police.