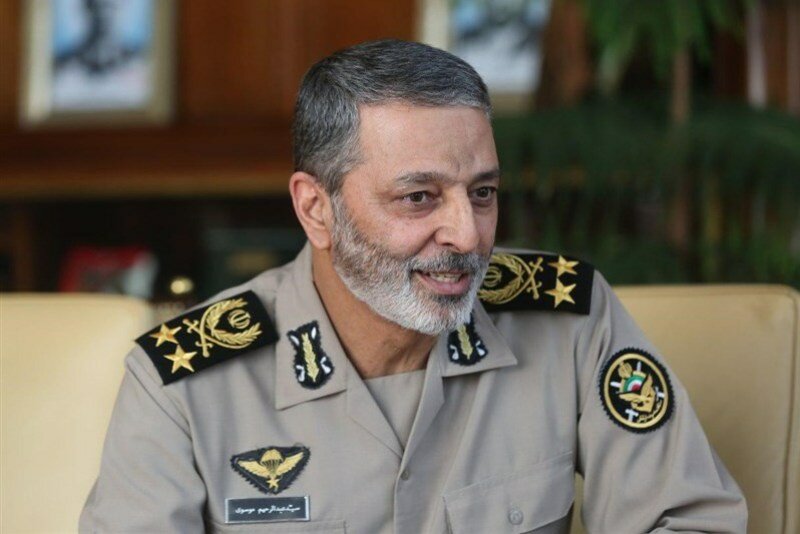 Commander of the Iranian Army Major General Abdolrahim Mousavi reminded the enemies that their strategic depth is within reach of Iran, warning that any threat to the Islamic Republic will be met with great force.

In a message released on Sunday on the occasion of the National Army Day, Major General Mousavi warned the enemies that any action against Iran will cost them dear.

The enemy should bear in mind that its strategic depth is within reach of Iran’s military equipment and clout, the commander added.

He said the Iranian Army has gained considerable experience of real battle under all geographical conditions, stressing that it will respond to any threat with the highest degree of power.

The general also noted that the Iranian Army is prepared to counter any threat by boosting its military capabilities and updating the combat methods proportional to the modern warfare.

Earlier in April, Chief of Staff of the Iranian Armed Forces Major General Mohammad Hossein Baqeri said all Iranian military forces are ready to give a decisive and crushing response to any threat at any level in such a way that the enemies of Iran would regret taking hostile action against the Islamic establishment.