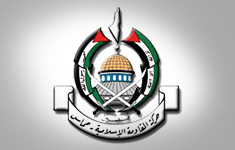 Hamas Movement mourned the martyr Faleh Jaradat who was killed by Israeli occupation forces (IOF) in southern Bethlehem on Monday.

Hamas hailed the attempt by Jaradat to attack IOF soldiers at the Etzion junction, describing the attempt as a natural response to the IOF and Jewish settlers’ attacks in the West Bank, Jerusalem, and the Negev.

The statement on Monday night affirmed that the Israeli occupation will pay dearly for its ceaseless crimes against the Palestinian people and their property.

It underlined that the steadfast Palestinian people will continue the path of resistance, sacrifice and Jihad until restoring usurped rights and liberating the occupied land.