Guterres: We need to protect UNRWA from being used as a political pawn 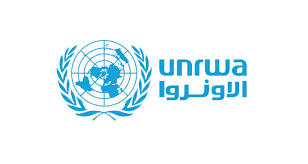 Addressing an international ministerial conference on the United Nations Relief and Works Agency for Palestine Refugees in the Near East (UNRWA), Secretary-General António Guterres said “we need to protect UNRWA from being used as a political pawn”.

In a pre-recorded video issued on Tuesday, the Secretary-General said that instead, efforts should be focused on UNRWA’s “ability to carry out its General Assembly mandate and its unrelenting commitment to humanitarian principles and shared UN values”.

Despite widely recognized achievements, he said “UNRWA is prevented from assisting Palestine refugees in a predictable way,” and “overwhelming support for UNRWA is not adequately matched by sufficient funding for its operations”.

“UNRWA’s essential health, education and services must not be interrupted. A disruption of services and salaries would have a crippling impact – especially in a region already struggling with the consequences of the pandemic.”

He continued “These repeated funding crises affect the quality of UNRWA’s services and impose immense stress on Palestine refugees. Second, I urge Member States to step up longer-term commitments and solidarity and match the generosity of the countries that host Palestine refugees. We need to collectively find a path towards more predictable, sufficient and sustainable funding for the Agency, including through multi-year commitments.”