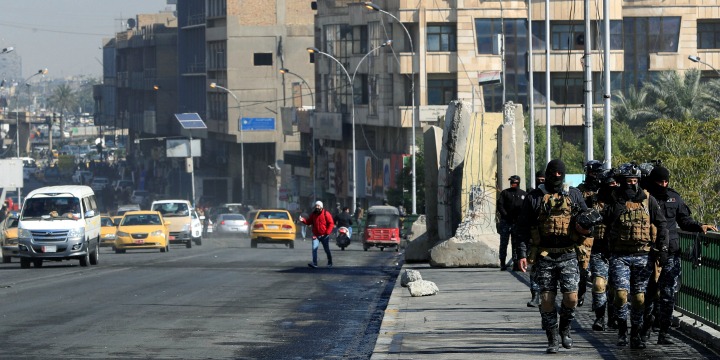 Baghdad Operations Command announced in a statement that 3 terrorists were arrested and some weapons and ammunition depot were confiscated in southern Baghdad.

The Baghdad Operations Command announced Wednesday in a statement that the security forces will continue their operations to maintain security and stability in the southern areas of Baghdad.

During an operation launched on Tuesday, security forces arrested three wanted terrorists in Baghdad, according to the report.

The Baghdad Operations Command also added that security forces also seized some weapons and ammunition, including anti-tank missiles and mortar shells, during the operation.

The statement did not specify who the detainees were or what terrorist group they belonged to.