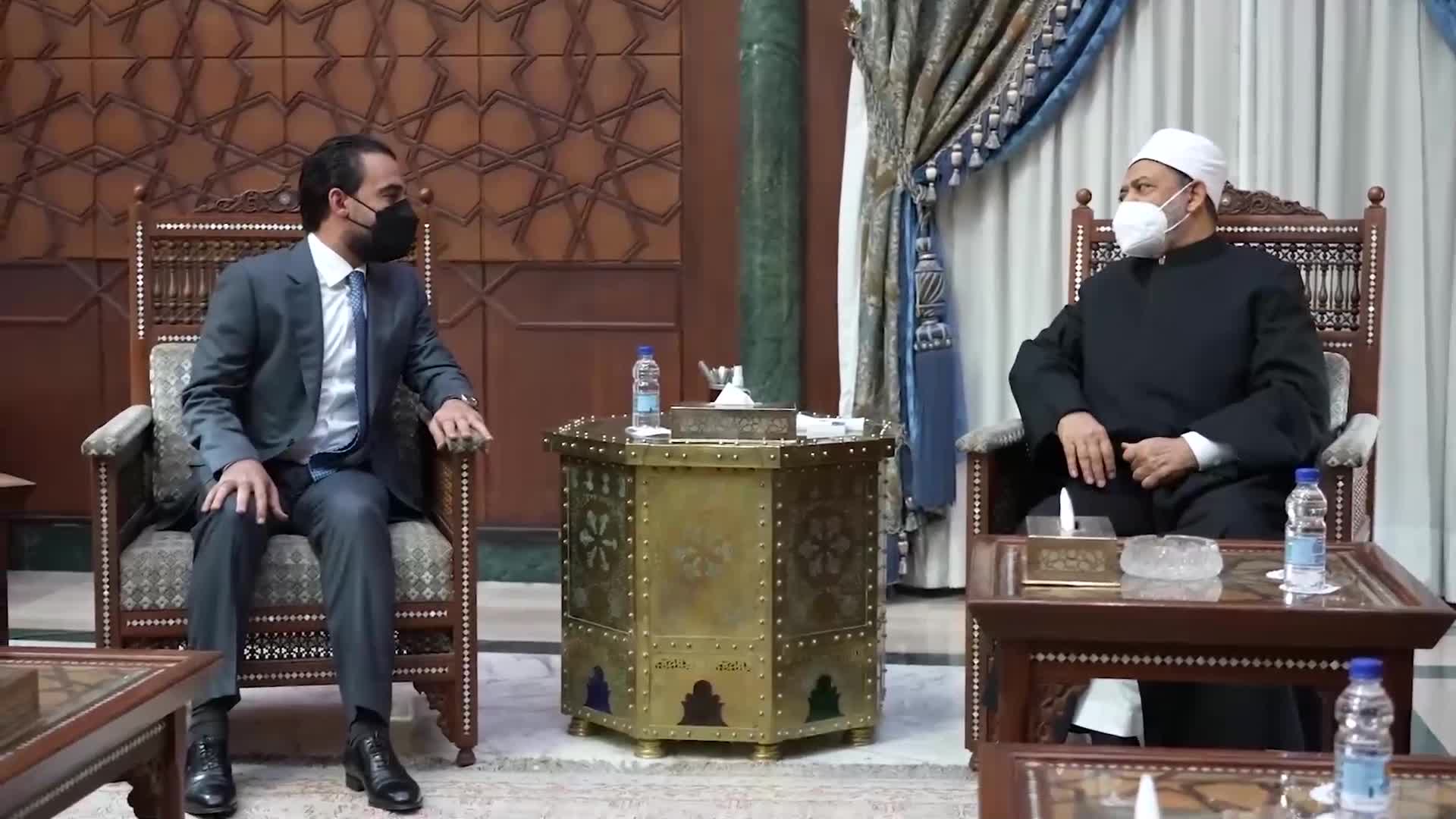 Al-Halbousi hailed the effective role of Sheikh of Al-Azhar in strengthening Muslims’ unity and his relentless pursuit to deepen interfaith dialogue.

He also hailed “Iraq’s outstanding scholars is present in all the Institute’s curricula and lectures due to their scientific efforts and what they provided in the service of sciences religion and the Arabic language”.

‏The Sheikh of Al-Azhar also expressed his high appreciation for the people of Iraq saing he looks forward to visit the country.