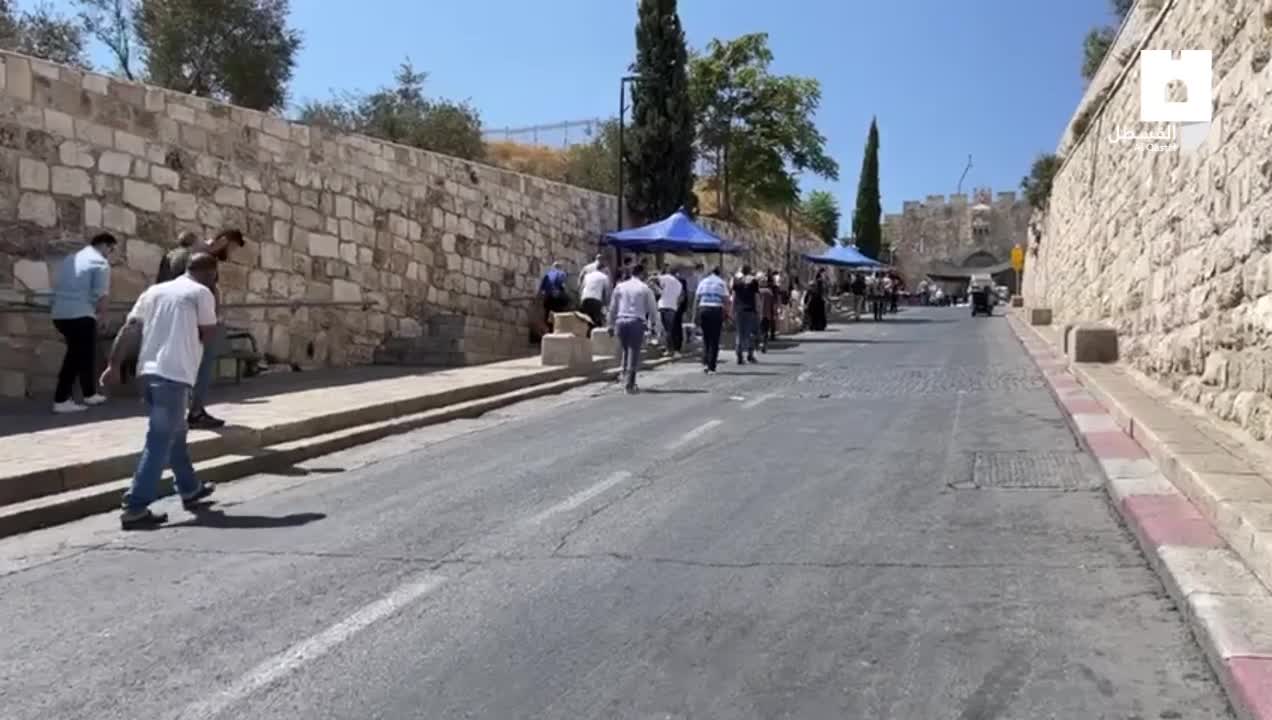 Thousands of Palestinians headed to the courtyards of Al-Aqsa Mosque to perform Friday prayers despite Israeli military deployment in the Old City and its surroundings.

Sources from Jerusalem reported that citizens flocked to the mosque from various doors as Israelis attempted to block their access into the mosque.

In a related context and since the morning hours, Israeli forces have hindered Palestinians’ entry into Jerusalem.

Meanwhile, Israeli forces detained Palestinian young man at the vicinity of Al-Aqsa Mosque and seized the identities of dozens of Palestinians entering the mosque to perform prayers.

Israelis also detained worshipers at Bab Hutta and blocked their entry to Al-Aqsa to perform prayers at dawn .