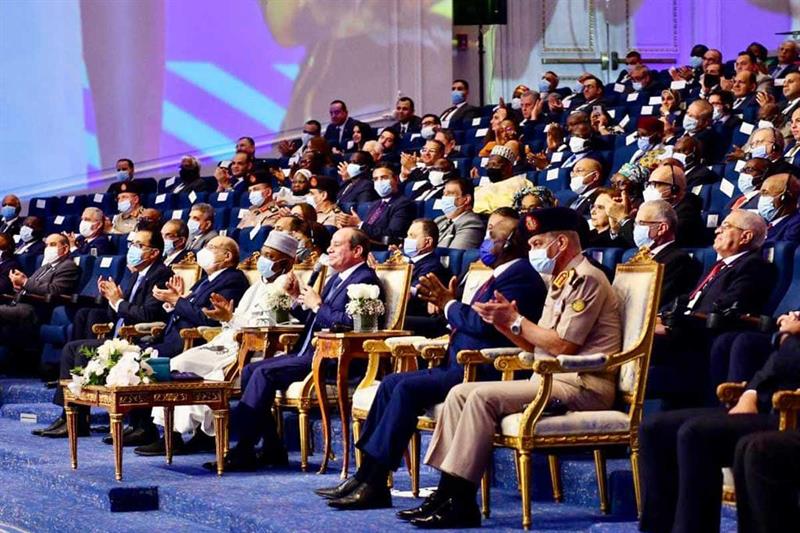 Egyptian President Abdel-Fattah El-Sisi said on Thursday that Egypt spent between $400 billion and $500 billion in the past seven years to build adequate infrastructure that is key for development.

El-Sisi’s made his remarks during a session at the 2022 African Export-Import Bank’s (Afreximbank) 29th Annual Meetings (AAM2022) at the New Administrative Capital that are being held from 15 to 18 June under the theme “Realizing the African Continental Free Trade Area (AfCFTA) Potential in the Post COVID-19 Era – Leveraging the Power of the Youth”.

Yet, “what we implemented was on an area from 10 to 12 percent of the overall one million square kilometers [of Egypt],” he noted.

El-Sisi wondered if the infrastructure in the African continent is qualified to meet the aspirations and hopes of its peoples.

“Are banks in major countries ready to offer loans to Africa to upgrade its infrastructure to carry out development plans,” El-Sisi asked during a session titled “Africa is hedging against foreign shocks and domestic challenges.”

El-Sisi hinted that there are African countries with huge agricultural potential but are lacking the infrastructure that enables them to export.

“It is not about natural resources, but the infrastructure that enables us to manage those resources,” he said, stressing the importance of securing the finances needed to build the adequate infrastructure for development in Africa.

El-Sisi added that the lack of security and stability was the second obstacle hindering African development.

“If security and stability are absent in any country, do not expect this country to advance,” he said.