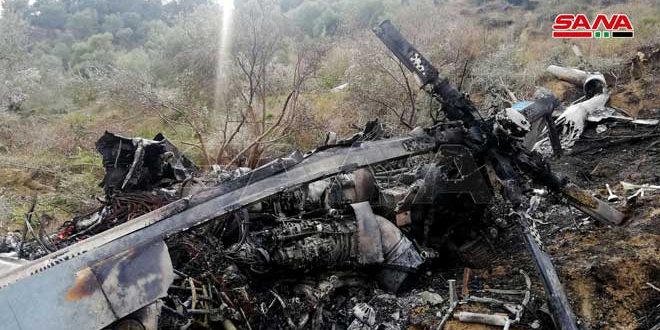 Two members of a helicopter crew of the Syrian Arab Army died in an urgent landing over the coastal region as their plane came under a technical defect.

A military source said that during a training mission on Thursday, one of the helicopters of the Syrian Arab Army came under technical defect over the coastal region.

The crew were forced to make an emergency landing over a mountainous area, as two army staff were killed while three other have survived, the source added.