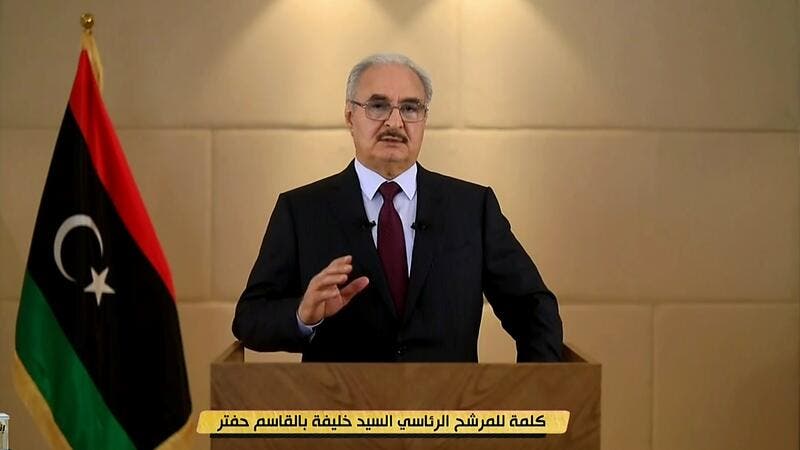 Haftar submitted his candidacy papers Tuesday in the eastern city of Benghazi and announced the move in a video.

He said he’s seeking the country’s highest post to “lead our people in a fateful stage.”

He called on Libyan people to vote “with the highest levels of awareness and responsibility” so the nation can begin rebuilding and reconciling after a decade of chaos and civil war.

Libya has been wracked by chaos since a NATO-backed campaign toppled longtime dictator Moammar Gadhafi in 2011.

The oil-rich nation had for years been split between a government in the east backed by Haftar and a UN-supported administration in Tripoli, aided by west-based Libyan militias.

Haftar, a dual US and Libyan citizen, commands the self-styled Libyan Arab Armed Forces but delegated his military duties in September to his chief of staff, Abdel-Razek al-Nadhouri, for three months, to meet candidacy terms.

UN: To honor and support the will of 2.8 million Libyans who registered to vote