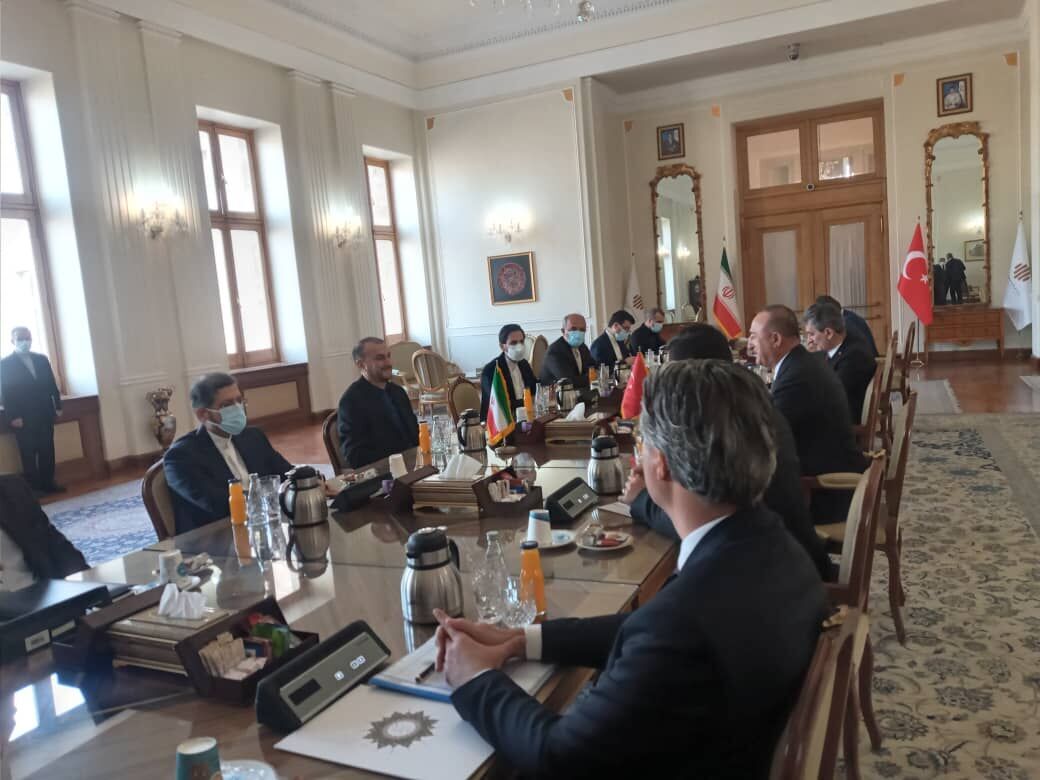 The top diplomats held wide-ranging talks in Tehran on Monday, focusing on “long-term cooperation” between the countries based on a “new roadmap.”

Turkey wants to improve its deep-rooted relations with Iran and hold the seventh meeting of the high-level cooperation council between the two countries this year, Mevlut Cavusoglu said in a press meeting with his Iranian counterpart Hossein Amir-Abdollahian.

“Our delegations will work to determine a roadmap for a long-term comprehensive cooperation upon Iran’s proposal,” Cavusoglu said, adding that they hoped to sign these agreements before the end of the summit if they are completed in time.

Cavusoglu also said that they discussed security issues such as terrorism, migration, and human smuggling with his Iranian counterpart.

He noted that Turkey has expressed on all platforms that unilateral sanctions against Tehran are wrong and that “all parties should take the necessary steps” to make the Iran nuclear deal, known officially as the Joint Comprehensive Plan of Action (JCPOA), operational again.

Iran and the EU announced recently that they would resume stalled talks in Vienna on Nov. 29, ending months of uncertainty.

Underlining that Turkey welcomed this announcement and that unilateral sanctions against Iran should be lifted, Cavusoglu said: “Those who withdrew from this agreement (JCPOA) need especially to take the necessary steps.”

“The positive outcome of these talks will be important not only for our economic relations but also for the stability of the region,” he added.

Noting that important developments are transpiring in the region, Cavusoglu said: “It’s more important than ever that we continue our dialogue and cooperate on regional issues.”

Earlier on Monday, Iranian Foreign Ministry Spokesman Saeed Khatibzadeh said that the trip is aimed at following up mutual agreements.