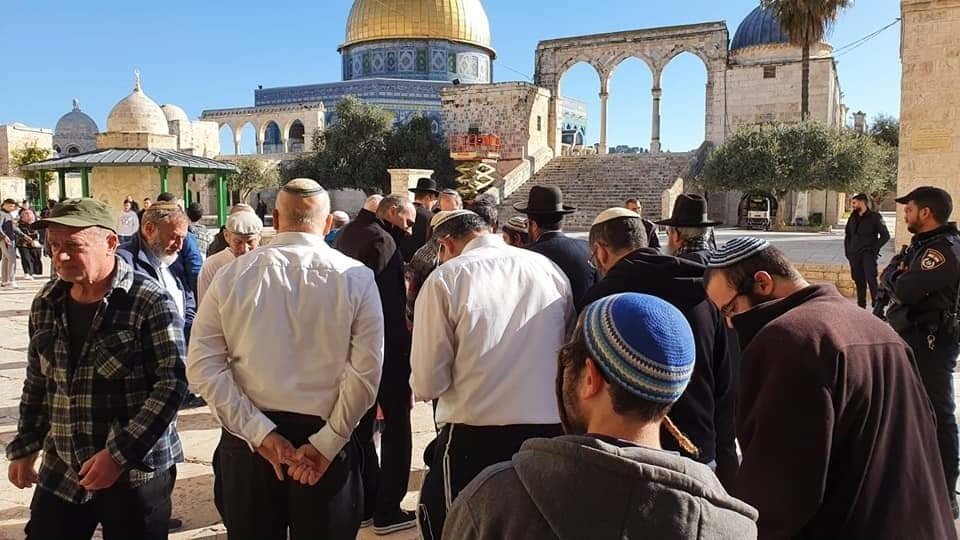 According to local sources, at least 85 settlers entered the Mosque in groups through its Maghariba Gate and toured its courtyards.

Among the settlers was an extremist group from the so-called ‘Women for the Temple’, whose members advocate the destruction of the Aqsa Mosque.

The Israeli police close al-Maghariba Gate, which is used by Jews to enter the Mosque, at 10:30 am after the settlers complete their morning tours at the holy site. Later in the afternoon, the same gate is reopened for evening tours by settlers.

During the presence of settlers inside the Mosque compound, entry restrictions are imposed on Muslim worshipers at the entrances leading to the Mosque and their IDs could be seized until they leave the holy place.