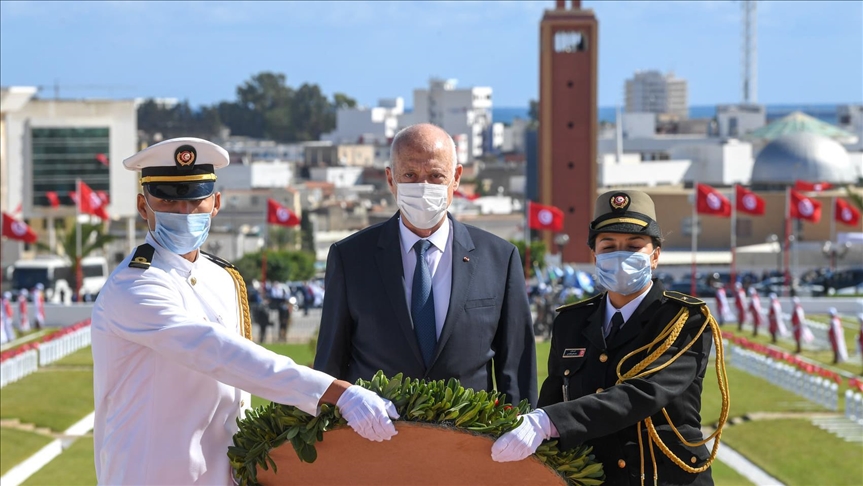 Tunisian President Kais Saied chaired on Friday in Bizerte the official commemoration ceremony of the 58th anniversary of the Evacuation Day.

Upon his arrival, the Head of the State saluted the flag as the national anthem was performed, before reviewing a detachment of the three arms paying him honors.

Saied then headed to the martyrs’ square, where he laid a wreath of flowers at the foot of the martyrs’ memorial and recited the Fatiha in their memory.

The Head of State talked with veterans and recalled with them chapters of Tunisia’s history, especially those related to the struggle for independence and the battle for the evacuation of Bizerte, a Presidency of the Republic press release reads.

The President visited earlier, Borj Chellouf (South-Bizerte delegation), where he listened to the citizens’ concerns.

The Evacuation Day on October 15, 1963 commemorates the departure of the last French soldier from the Tunisian territory.