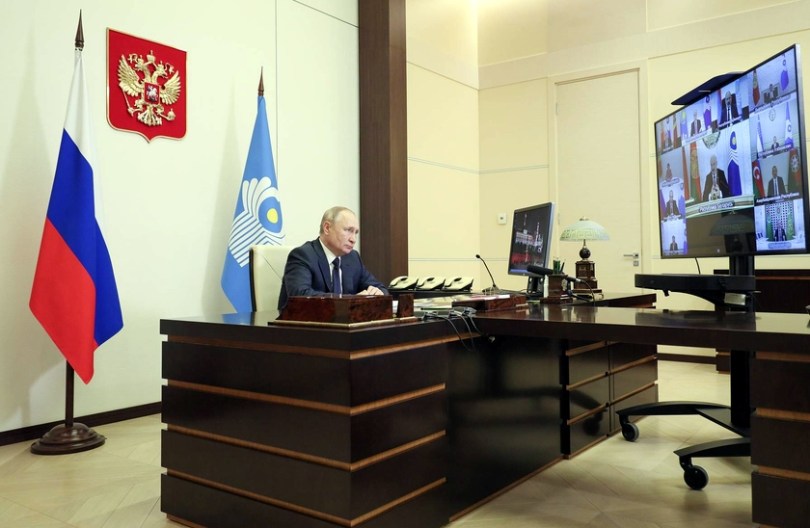 Russian President Vladimir Putin has urged world leaders not to hurry to officially recognize the Taliban.

“There is no need for now to rush with the official recognition of the Taliban. We understand that we need to interact with them, but we must not rush with this either,” the Russian head of state said at the CIS summit on Friday.

He added that Moscow intends to discuss these issues with colleagues in the CIS.

Putin highlighted the fact that “the transitional government formed by the Taliban, unfortunately, does not reflect the entire palette of Afghan society”.

“At the same time, the intention to hold general elections has been announced, measures are being taken to resume the normal work of government bodies,” the Russian president stated.

“Together within the framework of the CIS, we will undoubtedly monitor that these promises are backed up by deeds, monitor this,” the Russian leader assured.

“Nevertheless, it is necessary to support the process of inter-Afghan reconciliation and generally strive to normalize the situation in this country,” Putin said.

“We can all contribute to the resumption of the work of the enlarged troika, I mean Russia, the United States and China with the participation of Pakistan (I would ask you to support this), as well as the Moscow format, in which the key countries of the region, including the Central Asian ones, participate,” said the head of the Russian state.

“We are conducting business for holding meetings in Moscow within the framework of these mechanisms in the very near future in October,” he said.

It will be difficult for the Taliban to abandon such a source of income as drug trafficking, Putin said.

“Despite promises to fight drug production, in reality the Taliban will be able to [whether] they want to do it or not,” the Russian leader said.

According to him, during the period of their previous term in power in Afghanistan (until 2001) “they did it, and they did it successfully.”