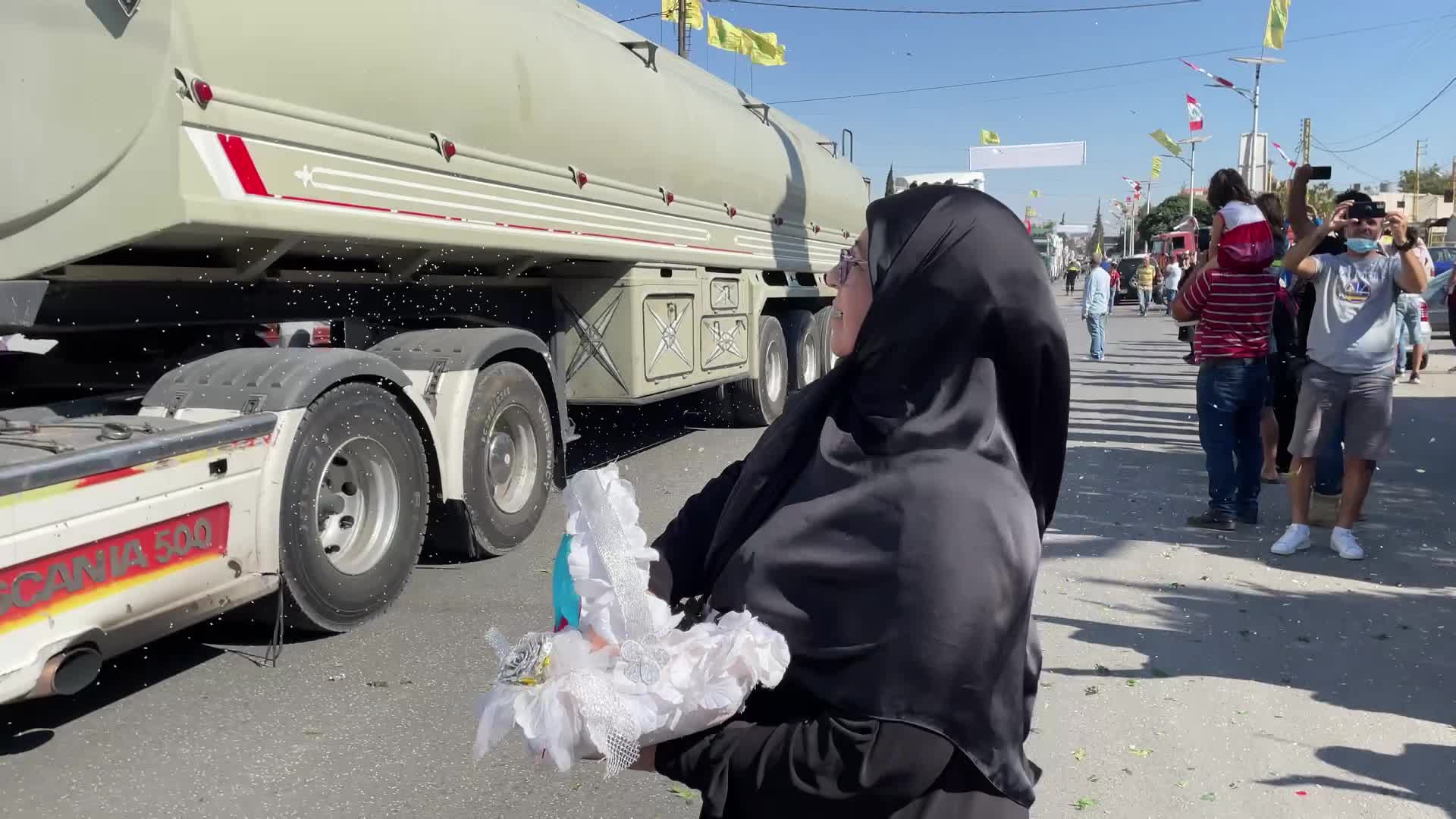 Popular Crowds took the streets of Al-Ain in Beqaa welcoming convoys of Iranian tankers loaded with diesel which entered Lebanese territory through Syria at dawn.

The incoming Iranian diesel shipments arrived in Lebanon passing by Syria’s Baniyas gate and through the land borders in the northern Bekaa region.

The first convoy includes 20 tanks, each containing 50,000 liters of diesel.

The diesel is transported into the Lebanese territory through tankers into tanks and warehouses belonging to the Amana Fuel Company.

After that, the diesel will be transported and distributed to institutions and entities willing to obtain diesel.